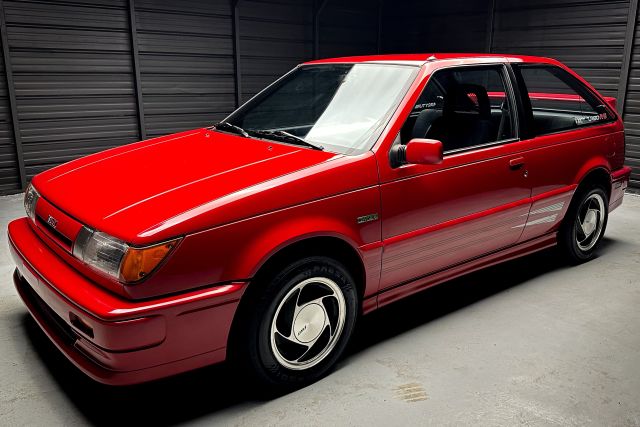 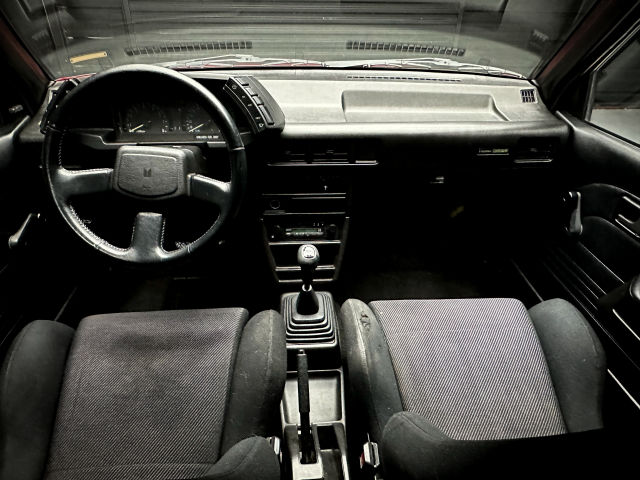 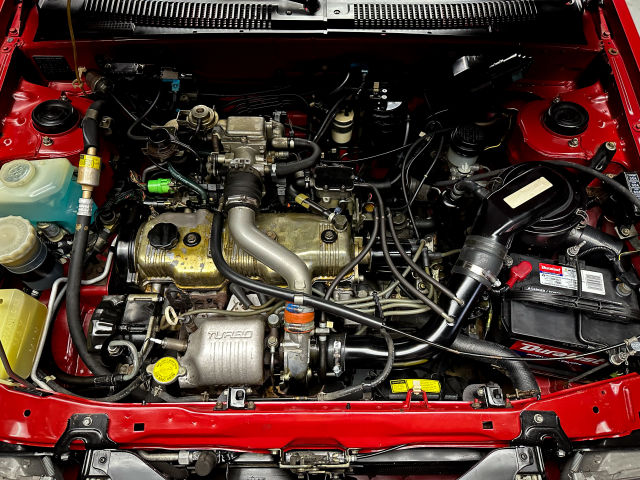 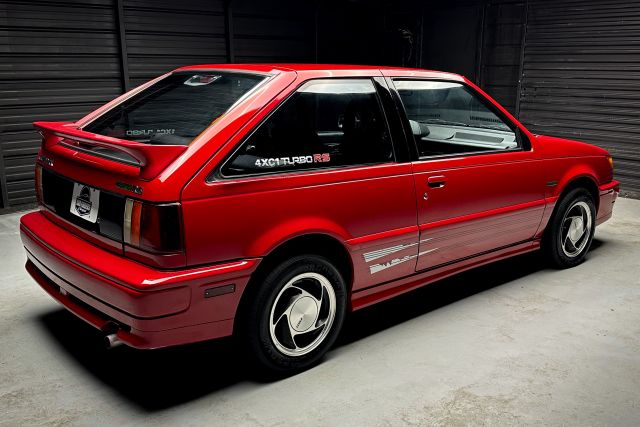 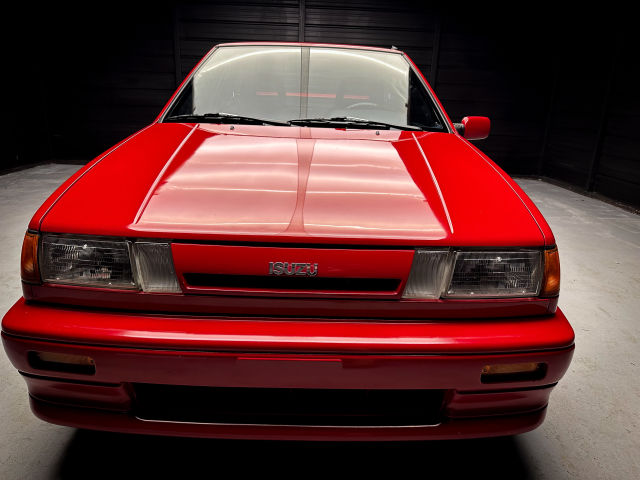 The 1980s spawned many intriguing collaborations among auto manufacturers. This Isuzu I-Mark RS Turbo is one such vehicle, bringing together Isuzu, GM, Italian designer Giugiaro, and Lotus. The resultant hot hatch has a turbocharged inline-four-cylinder engine backed by a 5-speed manual transmission with a chassis tuned by Lotus. This reportedly mechanically stock RS Turbo, finished in Spectra Red over Charcoal, features front bucket seats by Recaro as well as period-correct 14” Enkei alloy wheels. This I-Mark RS Turbo is extremely uncommon to see today, and a prime example of a RAD-era car that remains a joy to drive.

Per the included Carfax report that starts in May 2006, this RS Turbo has been registered in Michigan, California, Pennsylvania, and Maryland. The selling dealer acquired the car in December 2022 and has added less than 100 of the 95,500 miles shown. Modifications include a set of 14” Enkei alloy wheels. Revised exterior styling and Recaro front bucket seats are part of the RS Turbo package.

Isuzu launched the second generation I-Mark in the US for 1985. The initial design was penned by famed Italian designer Giugiaro. Various trims were available, but for the enthusiasts the RS Turbo was the one to have thanks to a turbocharged 1.5L inline-four-cylinder engine paired with a 5-speed manual transmission. Suspension tuning by Lotus made the Recaro front bucket seats necessary while styling tweaks ensured nobody would mistake the RS for a standard I-Mark. Second-generation series production ended in 1990. 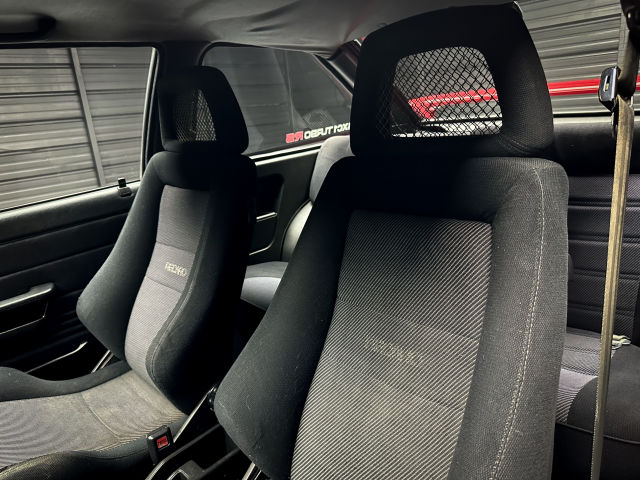 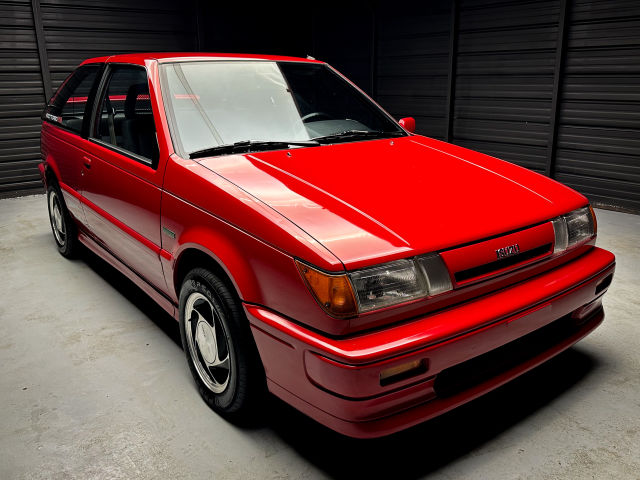 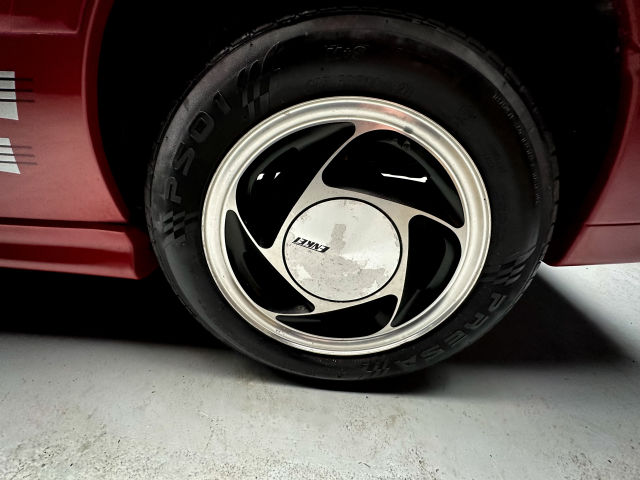 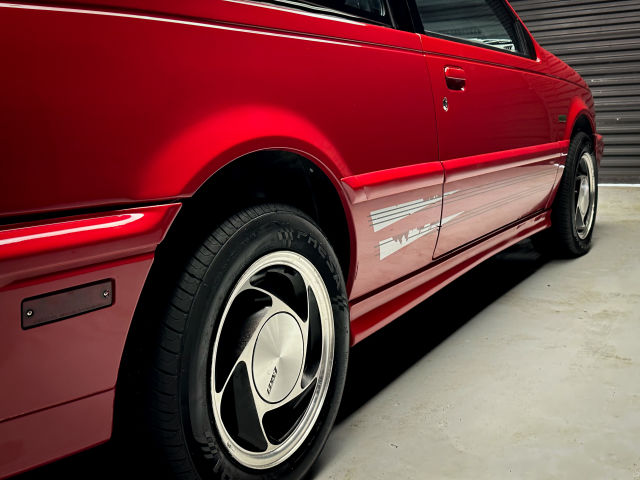 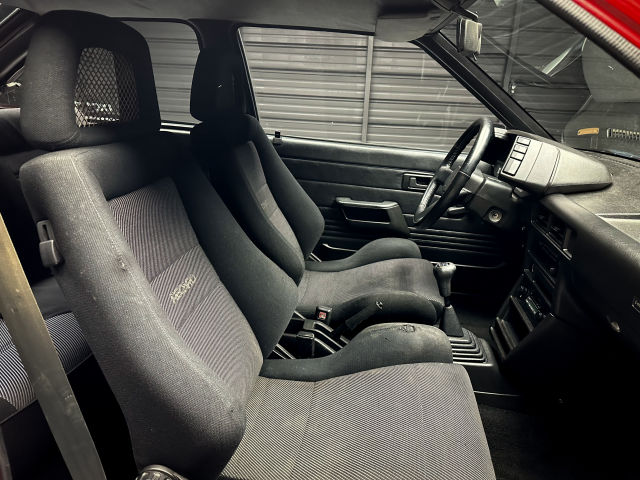