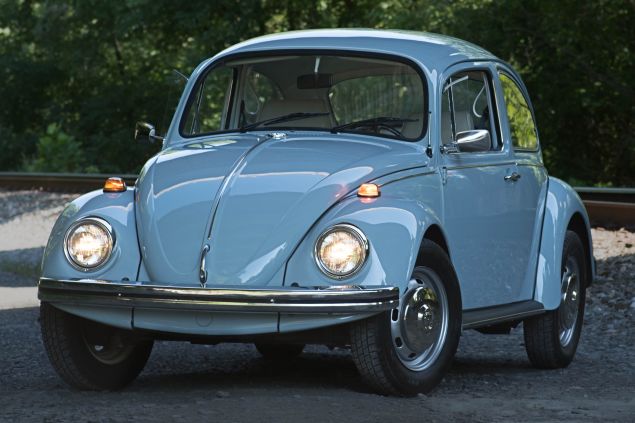 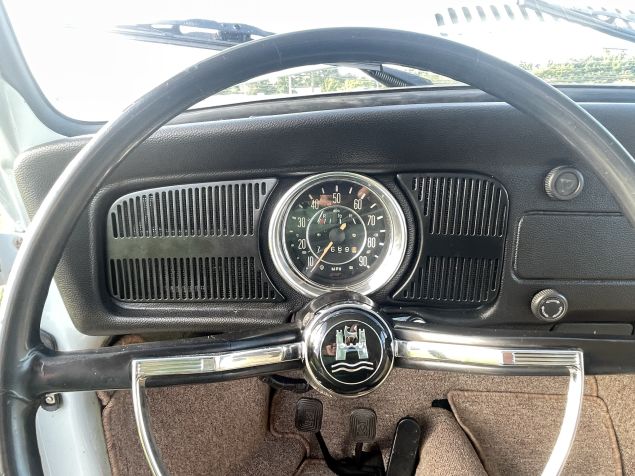 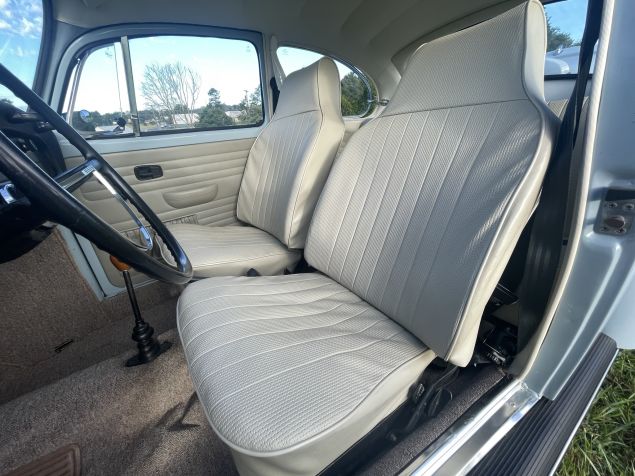 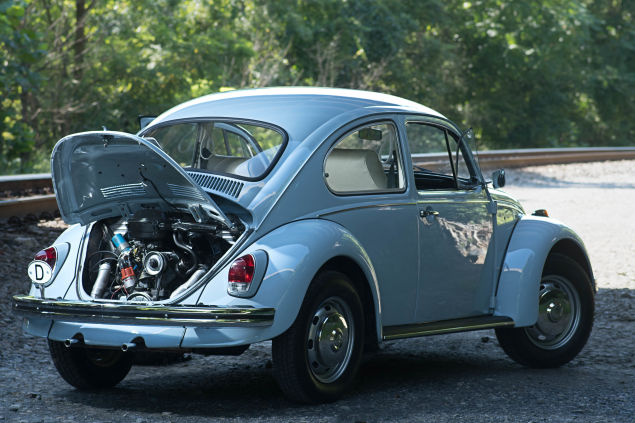 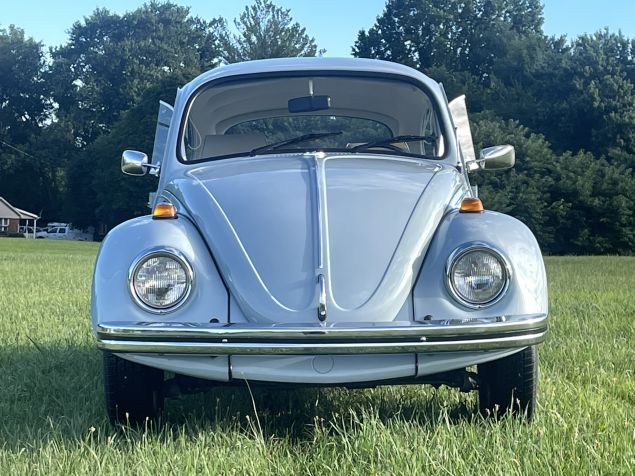 Engineered by Ferdinand Porsche, the original Beetle was a triumph of design, packaging, usability, reliability, and sales numbers. This 1969 "sedan" appears to be an honest example powered by an upgraded 1,600cc dual-port engine paired with a replacement 4-speed manual gearbox, and features a cosmetic refresh in attractive Diamond Blue over an Off-white/Oatmeal cabin. Improvements within the past year reportedly include a new and correct seven-piece headliner, new floor pans, carpets, upholstery, some body seals, bumpers, and more. It is challenging to find well-kept Type 1 Beetles these days--this one should provide the next owner with many years of enjoyment while also allowing for the opportunity to further personalize it as desired.

This 1969 Beetle began life with a 1,500cc, single-port flat-four engine paired to an "AutoStick" transmission. According to the selling dealer, the engine was upgraded to a 1,600cc dual-port unit and a 4-speed manual gearbox was installed at some point. The car has also received a refurbishment in past few years that included a re-spray in Diamond Blue. The selling dealer further states that a number of items have been refurbished or replaced in just the last year, including a correct seven-piece headliner, oatmeal carpets, off-white upholstery and door panels, dash, some body seals, floor pans, bumpers and bumper brackets, hub caps, and more.

The Volkswagen Beetle, introduced in 1938, was envisioned as an inexpensive yet reliable “people’s car." Benefiting from the engineering genius of Ferdinand Porsche, its rear-engine design, compact packaging and stalwart reliability made it an instant success. Offered as both a two-door sedan and convertible, the Beetle went on to become one of the world’s highest production volume cars over its 65-year run. In the process, it became a favorite of motoring enthusiasts of all stripes, as it was relatively easy and cost-effective to modify for almost any purpose. Sales of the Beetle continued until 2003, although US/Canada sales ended in 1979. 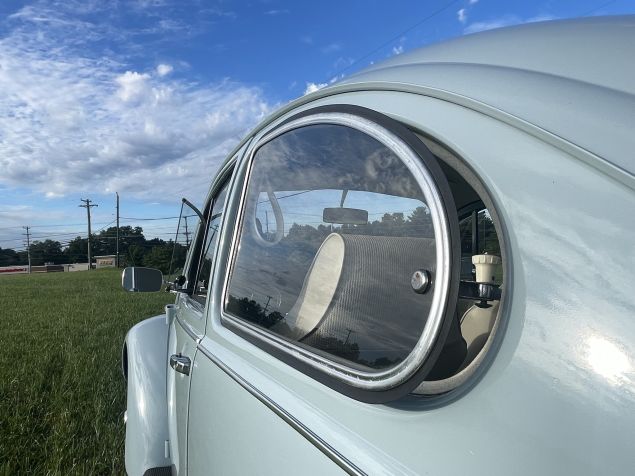 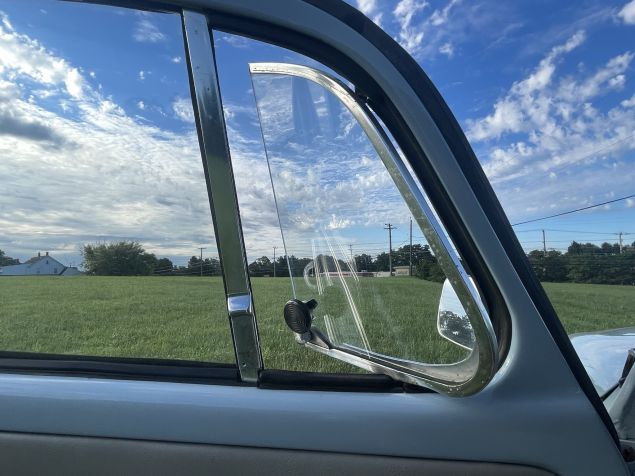 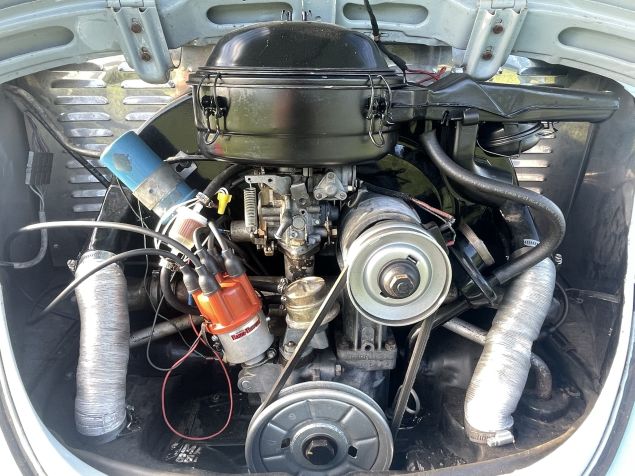 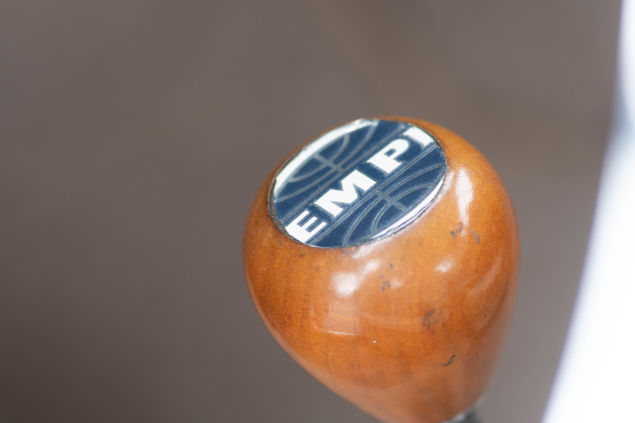 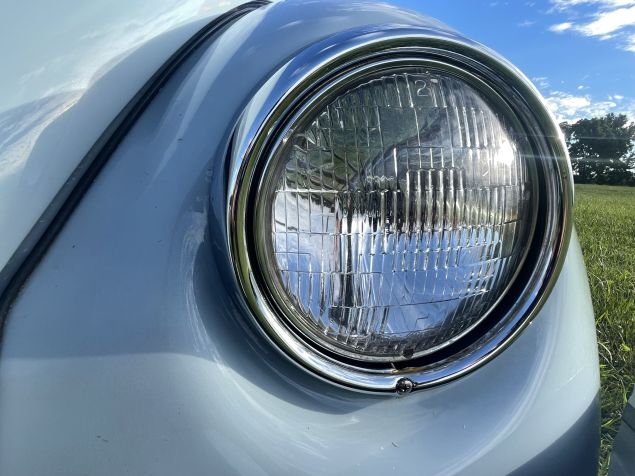