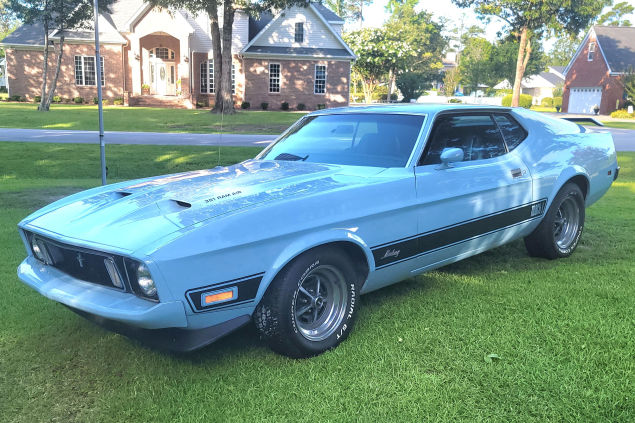 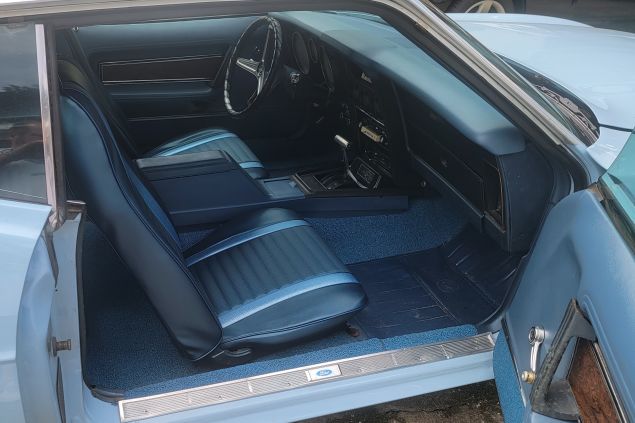 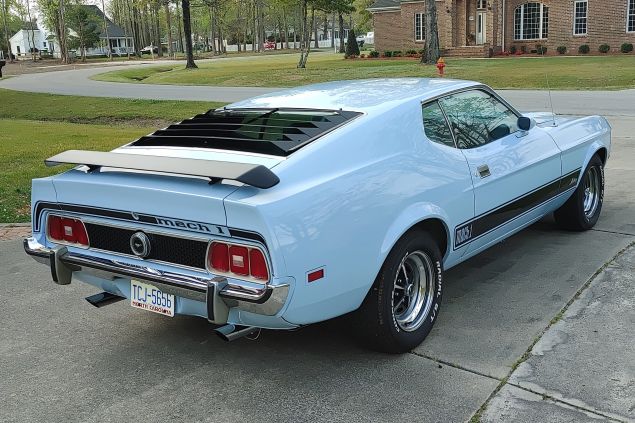 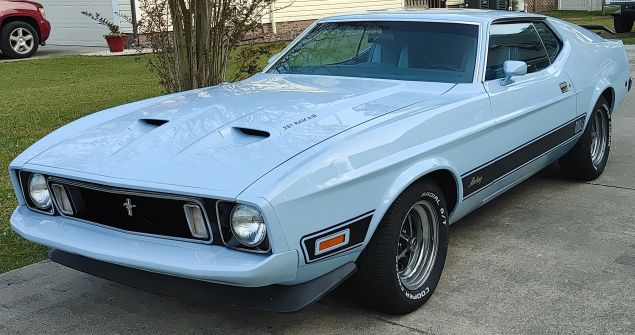 The term "barn-find" usually indicates the vehicle will need some tender, loving care before being road-worthy. This North Carolina-based, 57k-mile Mustang Mach 1 “barn-find” was the recipient of a multi-year refurbishment after the seller purchased it in late 2019, and even maintains a functioning factory eight-track tape-deck! The car features a bare-metal respray in blue over a blue interior and is powered by a 351ci V8 engine backed with a 3-speed FMX automatic transmission. A functional Ram-Air intake and hood were added during the refurbishment. Thanks to lots of TLC from the seller, this Mustang is ready to hit the road with its next owner.

This Mustang Mach 1 was reportedly sold new in 1972 to its first owner in North Carolina. The car is said to have been parked in a barn in 1993 and stayed there until the seller purchased it in December of 2019. He then proceeded to embark on a multi-year refurbishment that included a bare-metal respray, re-trim of the interior, and mechanical work that yielded the results you see in the photo gallery. According to the seller, the engine and transmission are numbers-matching, and the car has a functioning eight-track tape player. Photos of the car pre- and post-refurbishment are included.

The 4th and final revision of the original Mustang platform was launched in 1971, with the car growing in size to accommodate certain Ford powerplants. For 1973, the front bumper was re-designed to pass the new NHTSA crash standards. Other subtle styling changes included swapping the sport lamps for vertical turn signals, revisions to the grille, and changes to the Mach 1 decals and badging. The Mach 1 package was only offered on SportsRoof models and featured multiple engine options, including the 351ci V8 featured in this example. 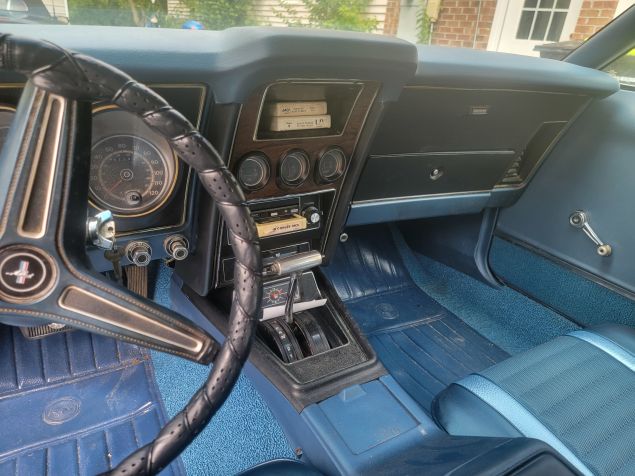 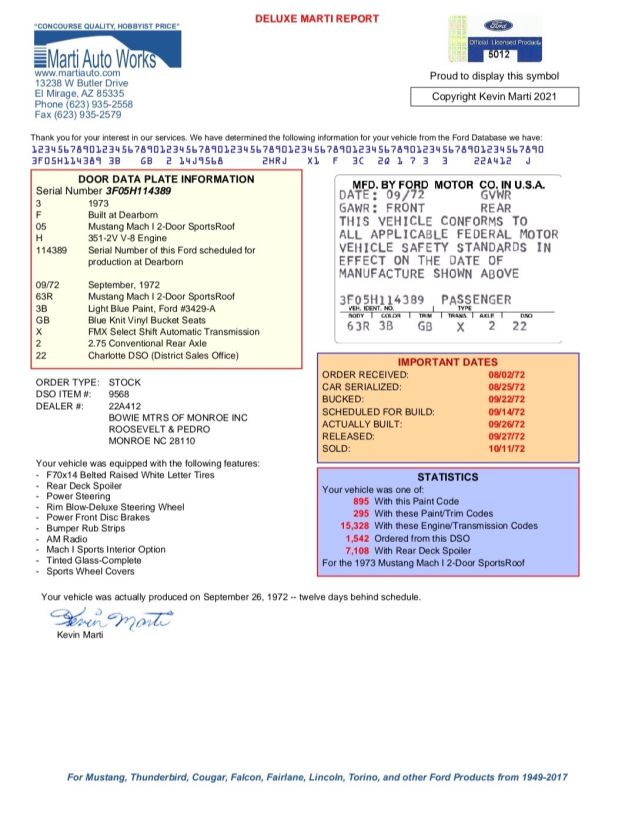