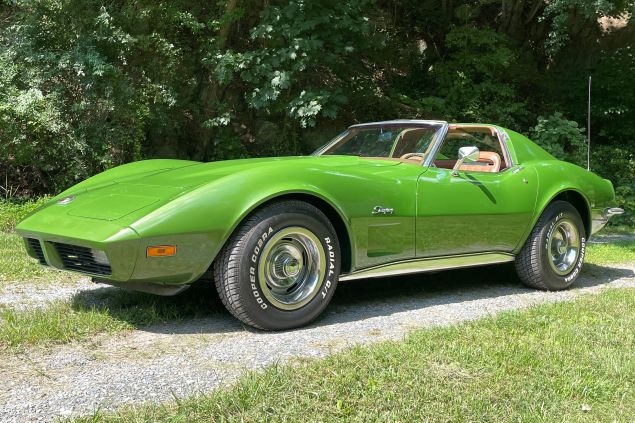 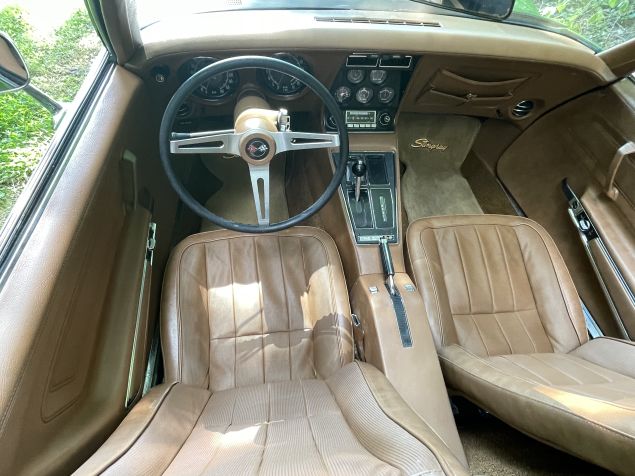 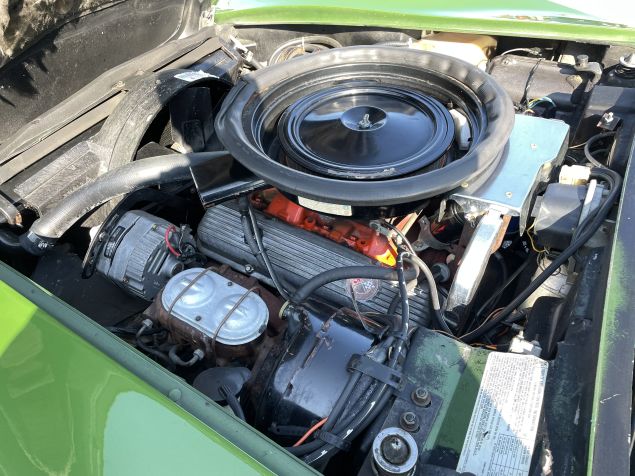 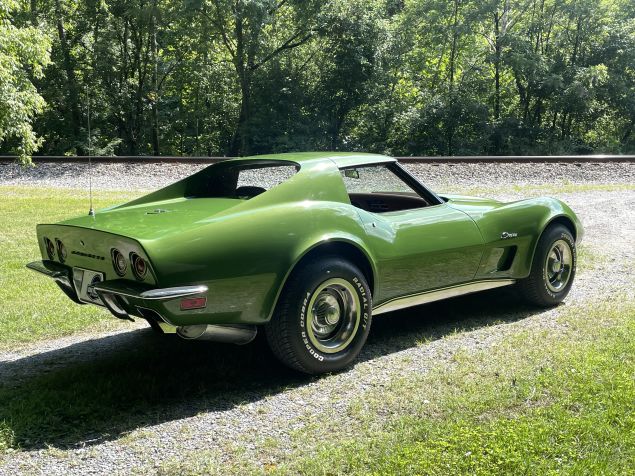 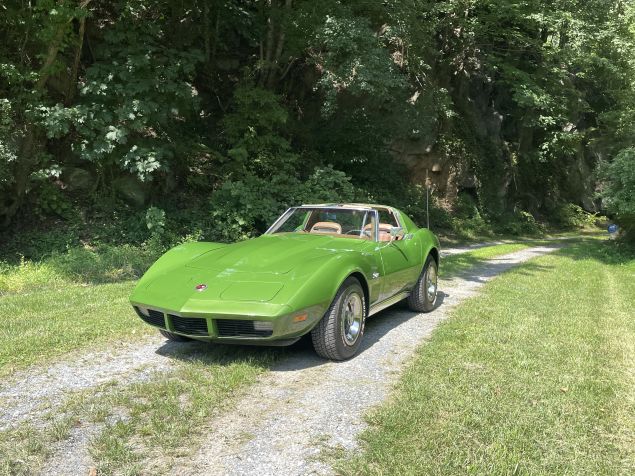 Chevrolet’s Corvette is known as "America’s Sports Car" thanks to its V8 engines, nimble chassis, and storied racing history. In June 2022 the selling dealer reportedly had this C3 re-sprayed in its uncommon factory color of Elkhart Green. Other items addressed by the selling dealer include replacement of the front bumper, rubber door seals, and multiple body gaskets and seals. Desirable features include a Dark Saddle interior and optional “L82” 350ci V8 engine paired with a Turbo-Hydramatic 3-speed automatic transmission. This Corvette’s unique color combination is sure to capture attention whether parked at the local C&C event or cruising down the road.

This Corvette is finished uncommon Elkhart Green over a Dark Saddle interior, both of which are believed to be the original colors. The selling dealer had the exterior re-sprayed in June 2022 and installed a new front bumper, rubber door seals, and several body gaskets and seals. Equipment includes a factory-optional “L82” 350ci V8 engine, 3-speed automatic transmission, air-conditioning, and power windows. The vehicle appears to be unmodified. Two keys and "T-top" covers/storage bags are included.

The C3-generation Corvette was launched in 1968 and saw updates for the 1973 model-year that helped transform it to a touring sports car. New body mounts and radial tires helped reduce interior noise by approximately 40%, creating a vehicle much more adept at touring than ever before. 1973 was the only year that paired the new urethane front bumper with the original chrome rear bumpers. Multiple engines were available, including the optional “L82” 350ci V8 featured on this example. Elkhart Green Poly was among the colors available and is uncommon. Series production of the C3-generation Corvette ended in 1982. 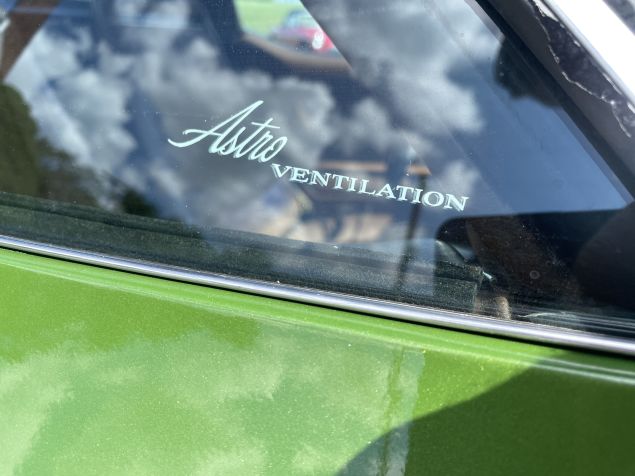 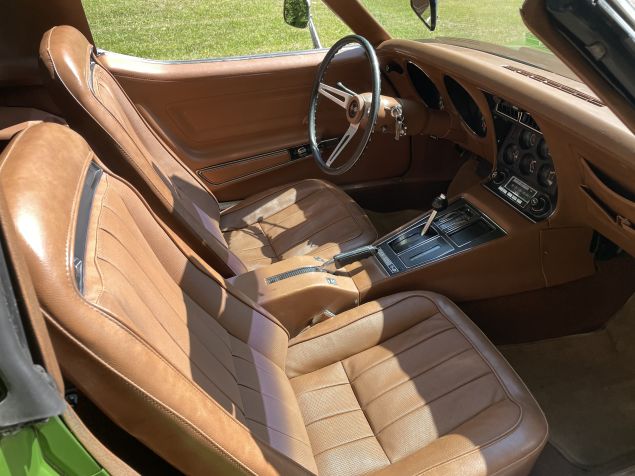 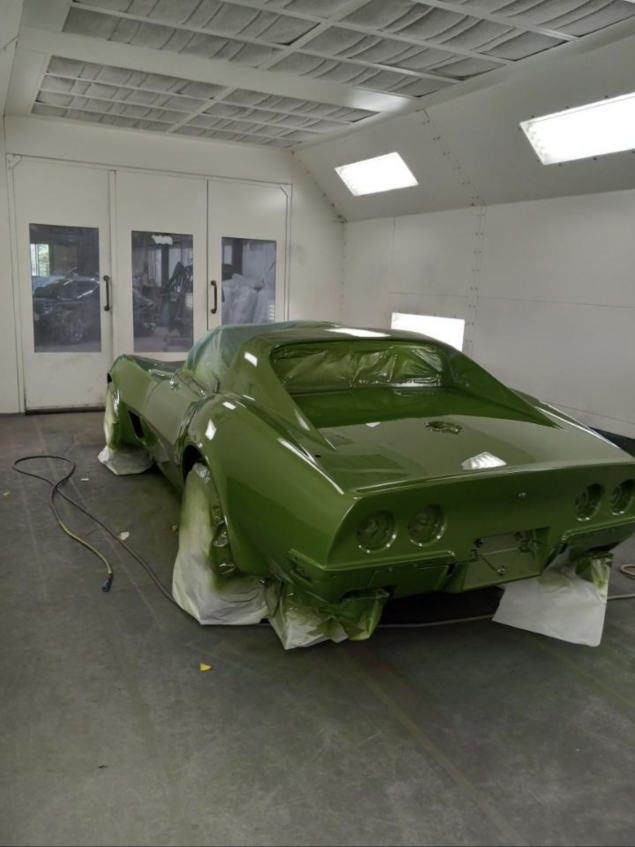 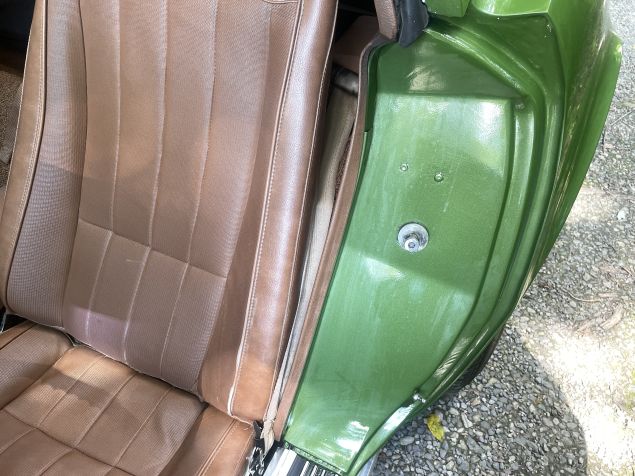