In early 2020, Tom Kearns decided that he needed an outlet for his creative energies. This would have been an unremarkable realization if not for the fact that Kearns is the Chief Designer at the Kia Design Center America, a job title that would seem to imply a life filled with flights of creative whimsy. As it turns out, however, there is a wide chasm between the mythology and the reality of a car designer’s life.

“The guys in the marketing department [at Kia] are always teasing us,” says Kearns. “They’re pretty sure that the design team just sits around sipping espresso and doodling all day.” 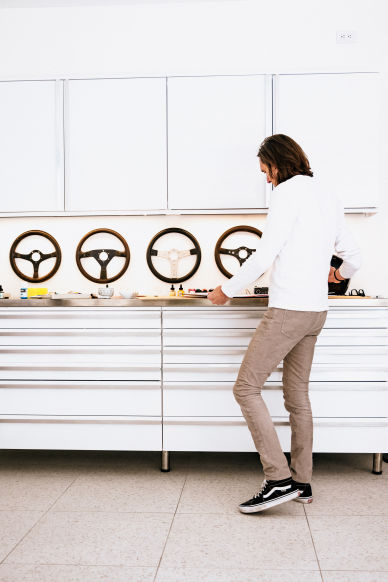 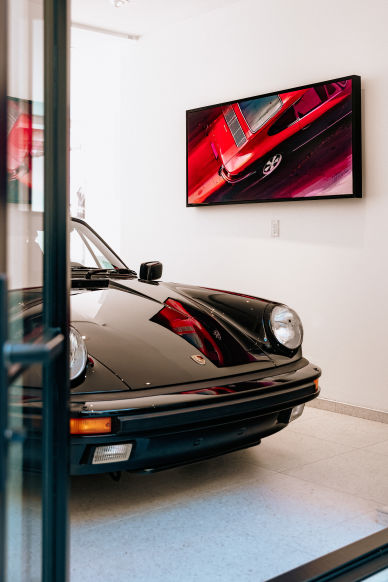 Yes, every car design must originate in the creative depths of a designer’s imagination. Once that designer has an idea they believe in, however, the creative process becomes a sales pitch, in which the designer must sell the idea to the wider team, followed by one feasibility hurdle after another: Can the design be reproduced on a mass scale? Is it aerodynamic? Can it meet the relevant cost targets? Does it meet the needs of a specific buyer demographic? Can the factories even produce it? Can this idea, in short, become a reality?

“Everyone always asks, ‘Isn't it hard to come up with a new idea?’” says Kearns. “Actually, no, it's not. The idea comes pretty easily. The challenging part is making it happen.”

What’s more, Kearns was so good at his job – at having those ideas and then shepherding them to fruition –  that he backed himself into a corner familiar to many corporate creatives: because of his success, he was now spending most of his time supervising other creatives, leaving little opportunity to stretch his own creative muscles at the office. And so, when the Covid-19 pandemic struck in early 2020, Kearns’ mind drifted back to his childhood days, back when he was free to create art with no expectations and no obligations, back when he was able to go wherever his imagination carried him.  Freshly liberated from daily commutes to the office and from monthly trips to South Korea, Kearns saw an opportunity to return to his first love: painting. 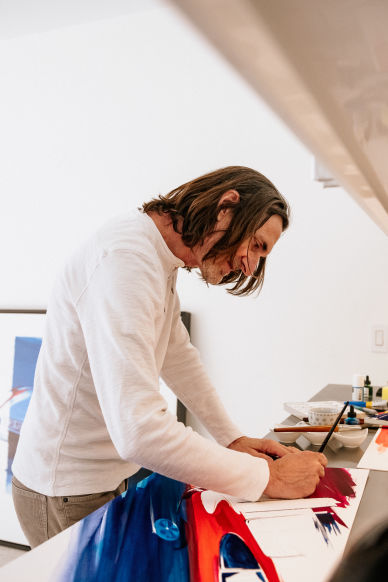 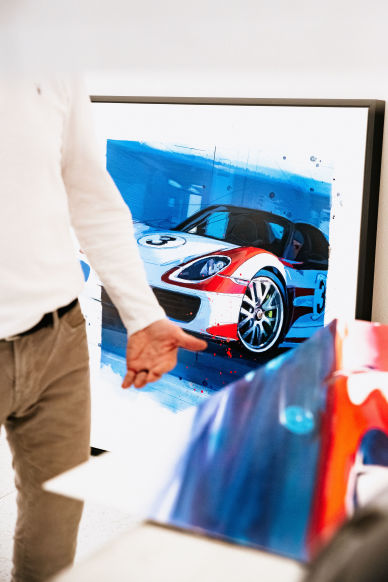 Born to an artist mother and a car-crazed father on the northern outskirts of the Detroit metro area, Kearns grew up sketching and painting but never knew that someone with the job title of “car designer” had been responsible for conceiving of his dad’s Karmann Ghia or Volkswagen Scirocco. At the time, the young Kearns thought that perhaps he would leverage his artistic inclinations into a career as an architect, or maybe a graphic designer. His ambitions were vague, at best, but they most certainly did not encompass the world of automotive design.

“I didn't even think about there being such a thing as a car designer,” says Kearns.  “I guess I thought that cars just somehow appeared one day.” 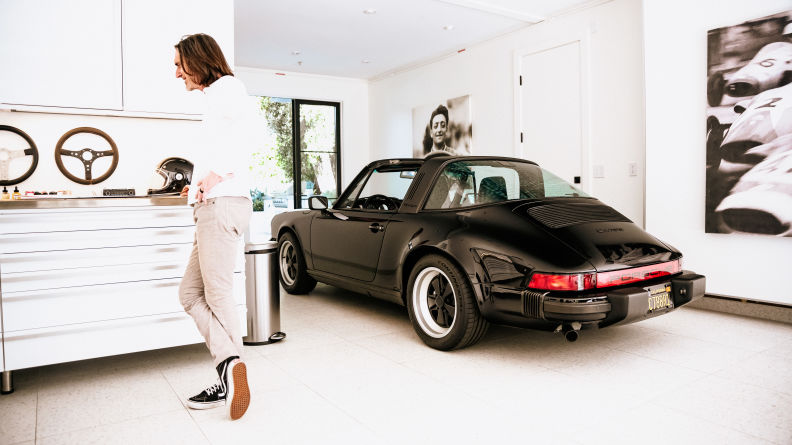 This mindset held sway until Kearns enrolled in an industrial design course at a local community college in the early 1980s. The instructor was a retired Chrysler designer who suggested that Kearns check out an upcoming student show at the Center for Creative Studies in Detroit. At the show,  Kearns encountered the students’ automotive design work on the wall and the scale models that they built. His future immediately snapped into focus.

“In that instant, a light switch just went from ‘off’ to ‘on,’” says Kearns. “I had no idea what I wanted to do with my life up to that point, but then I saw all that work and I just said, ‘That's it. I'm doing that.’” 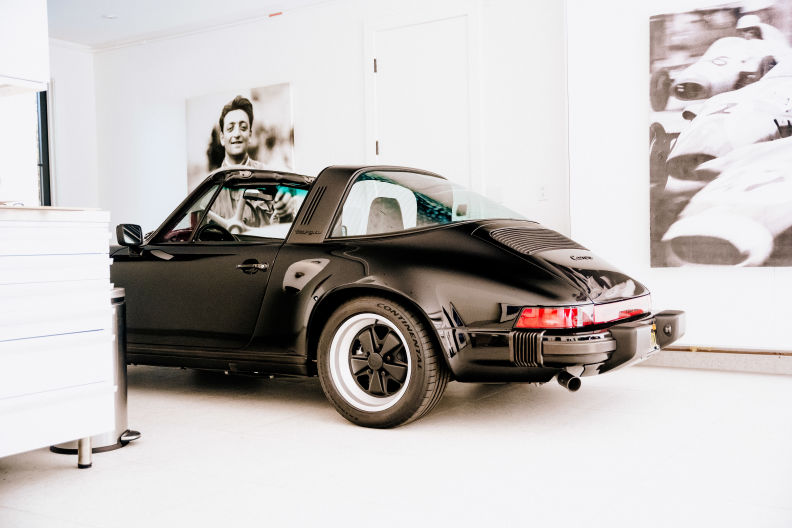 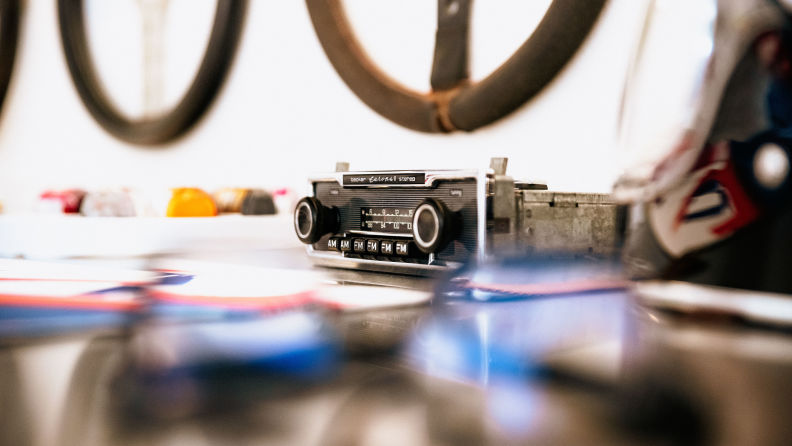 After graduating from the Center for Creative Studies (now known as the College for Creative Studies), Kearns joined General Motors, where he spent 17 years. During that time he did a stint at Opel in Germany (where he cemented his love of Porsches) and headed up the design of the Cadillac CTS model. In 2004, Kearns joined Kia. His mandate: bring a distinct personality to a brand that, at the time, was best known for its affordable, if anonymous, cars. Over the past 18 years, Kearns has spearheaded the design of such models as the Kia Soul and the Kia Telluride, which Motor Trend named is “SUV of the Year” in 2020.

The more he succeeded within the walls of Kia, however, the less time Kearns was able to spend in his own creative zone, which brings us back to the spring of 2020. With newfound time on his hands, Kearns bought some paints and brushes and gave himself permission to start messing around. As so often happens, things quickly got out of hand.

“I started doing small pieces but they gradually got a little bigger and a little more complex,” says Kearns. “Pretty soon I was on the internet, learning to stretch my own canvas and build stretcher frames because I wanted a certain size that I couldn’t just buy at Michael’s.” 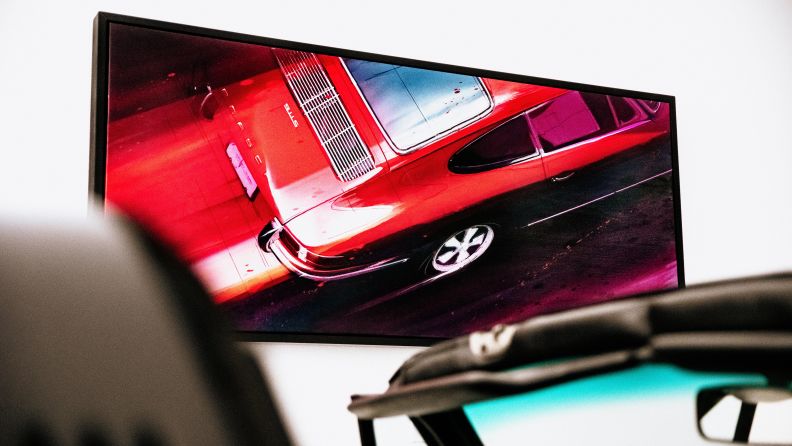 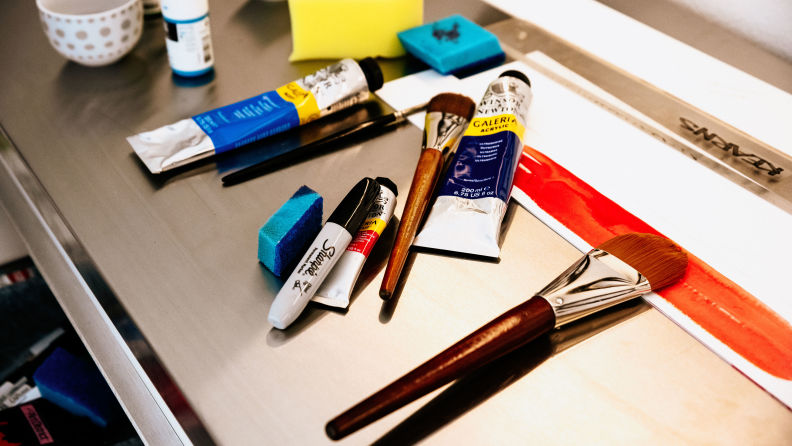 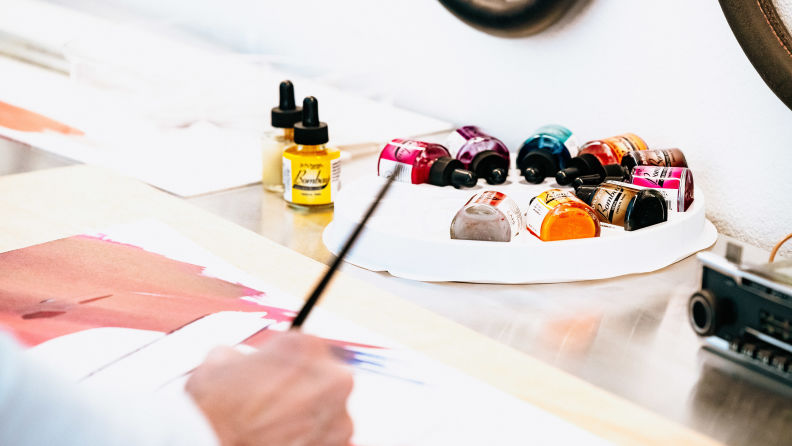 One of Kearns’ recent pieces, a 65” x 29” (including the black satin wood frame that he built for it) painting of a red 1967 Porsche 911S, is now available for auction on Marqued. All proceeds from the sale will benefit the Purist Group’s annual Winter Toy Drive, which aims to distribute toys and school supplies to disadvantaged Los Angeles-area children during the holiday season.

Like most of Kearns’ pieces, this painting began with Kearns doing a line drawing on his computer. From there, he moved back into the physical world, bringing together acrylic paints, India inks, gouache, pencils, and markers to give his subject a sense of motion and visual density. The choice of subject matter, incidentally, came naturally for the Porschephile in Kearns, whose own garage contains a 1994 Porsche 964 Carrera 4 wide-body and a 1986 Porsche 911 Targa (original owner: Thomas C. Mapother, aka Tom Cruise, who purchased the car in Chicago while shooting The Color of Money with Paul Newman and Martin Scorcese). 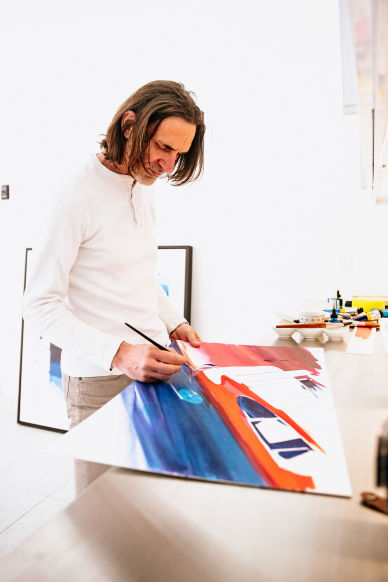 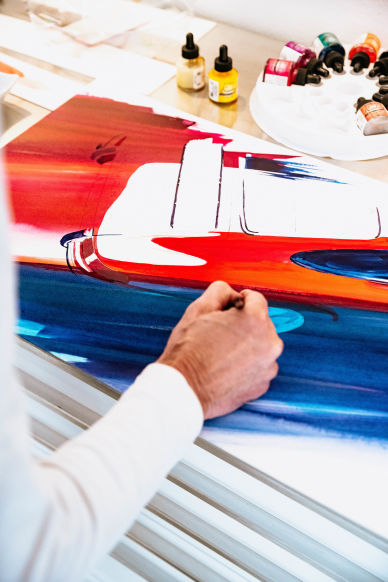 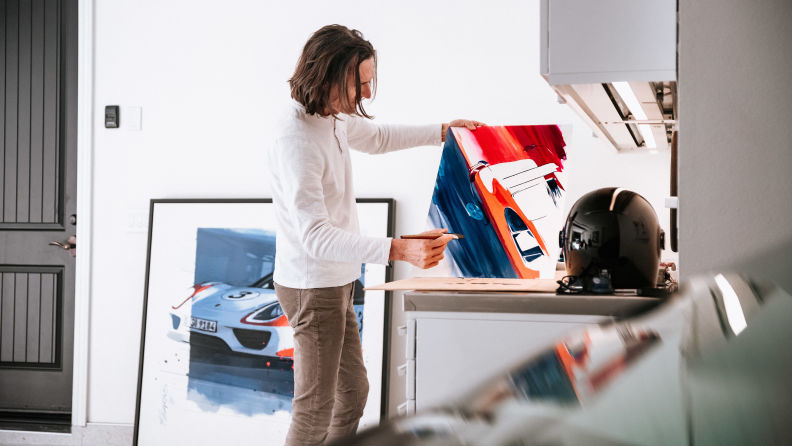 "Those early 911s are so pure and almost delicate," says Kearns. "In this painting I tried to capture the iconic rear side window, the rear glass, and that shape around it, where you always get these beautiful reflections, as well as a little bit of the bumper and the chrome trim and the rocker, which has a single little beautiful piece of bright work."

Kearns’ return to his personal art has also forced him to confront anew those little demons that bedevil all artists, namely the terror of the blank white canvas and the fear that the art, once complete, will invite ridicule.

“When I first start a painting there’s always a moment where I think, ‘What in the world am I doing here?’” says Kearns. "And then there's also that little voice inside me that worries that other people won't like this, or that they'll also think, 'What in the world is this guy doing?'" 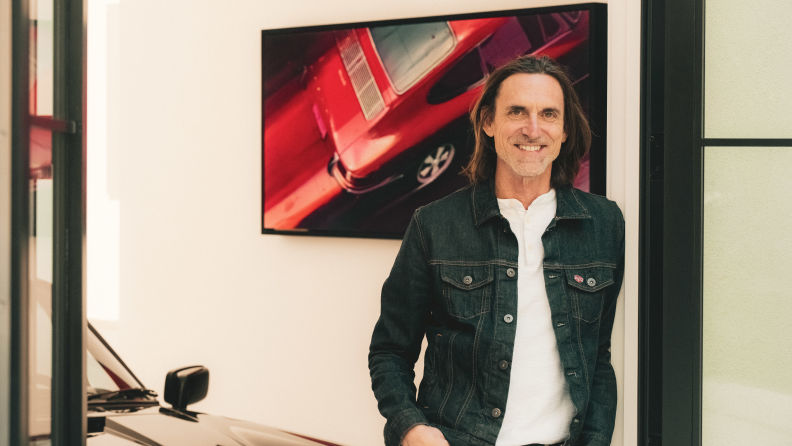 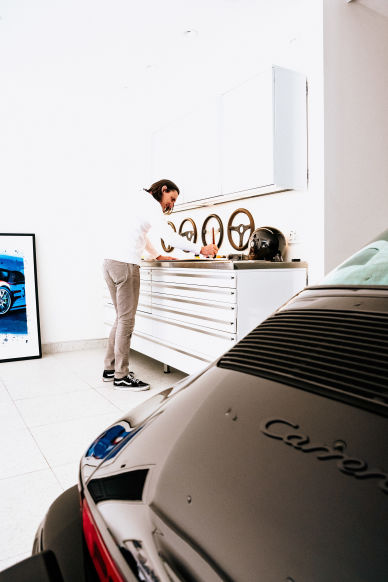 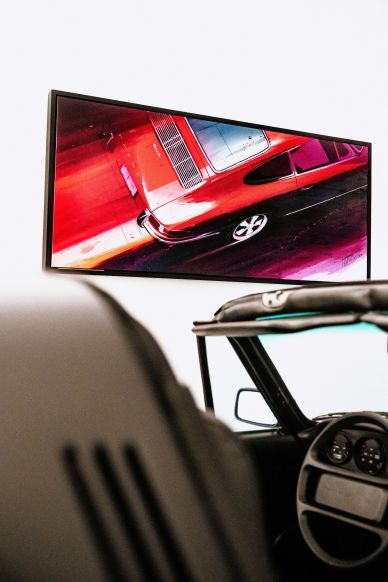 As just about any artist will attest, this vulnerability never entirely goes away, no matter how successful they become or how much praise their artwork may attract.  And yet, even if no one else ever saw the finished artwork, the process of its creation has been its own reward for this artist.

"There's something gratifying about getting lost in a piece and then finishing something that you're proud of,” says Kearns. "It's therapeutic and I love that."

Anything beyond that  – the commercial demand, the ability to help those in need – is merely a happy accident, an unexpected bonus, for Tom Kearns. 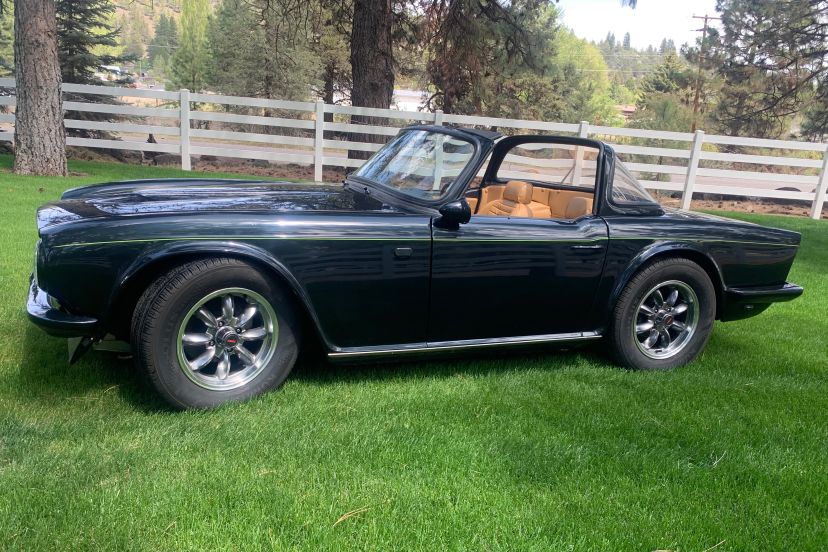 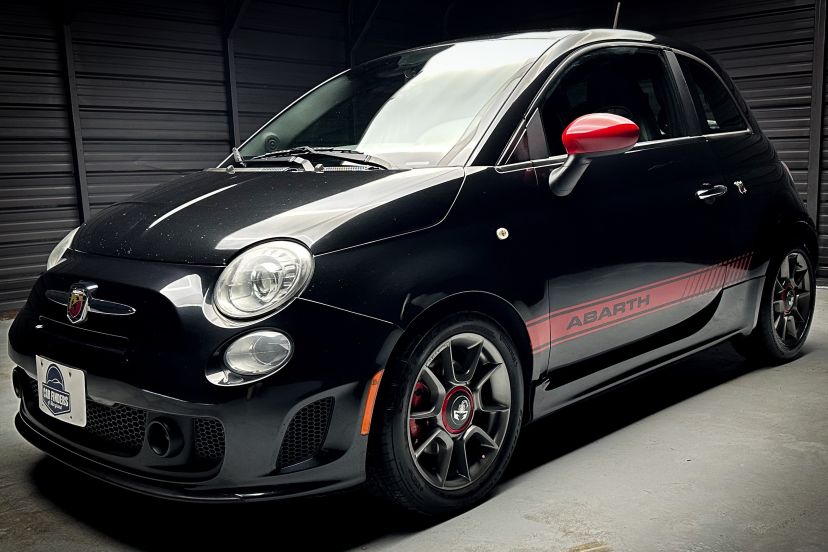 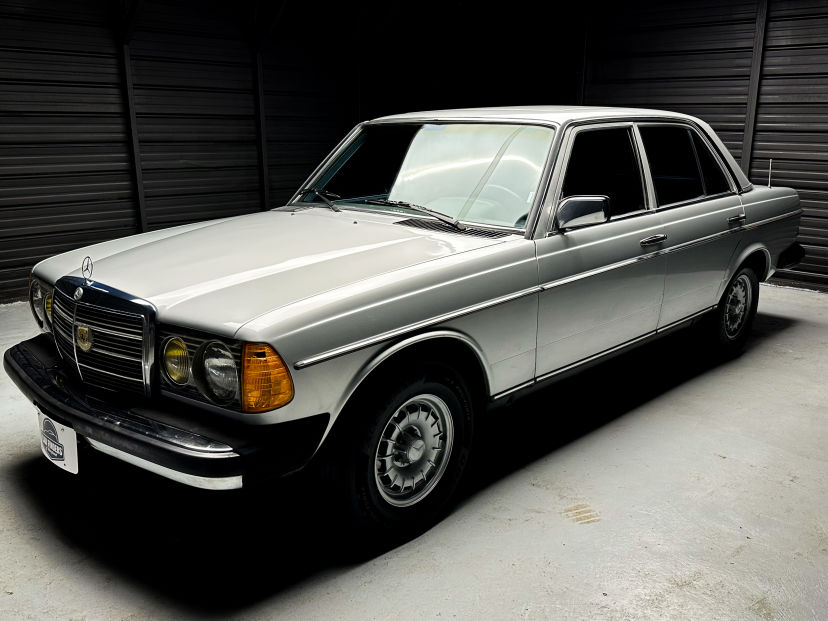