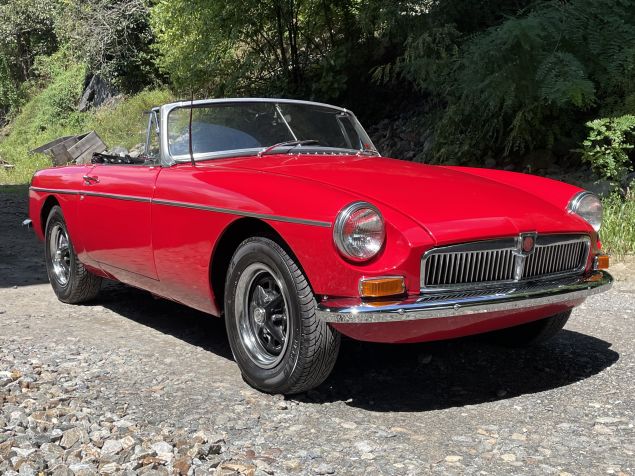 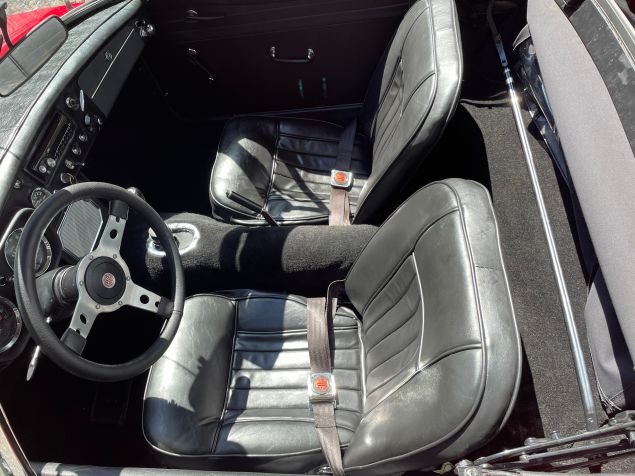 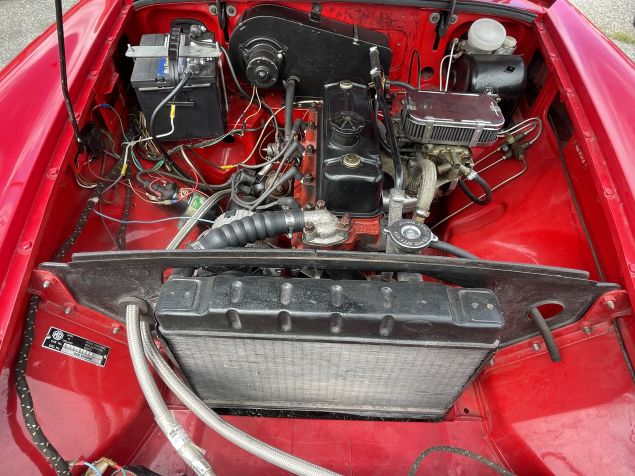 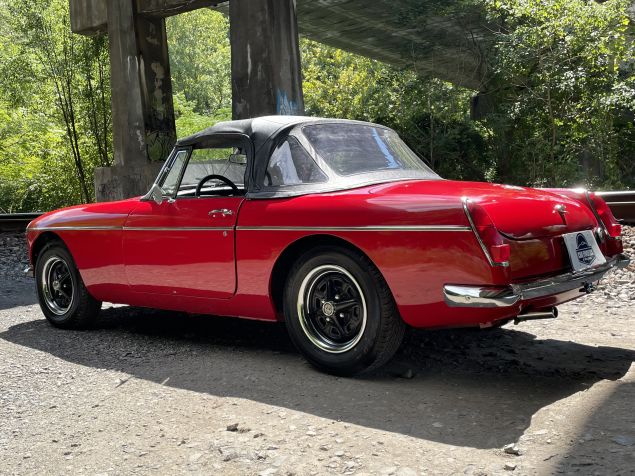 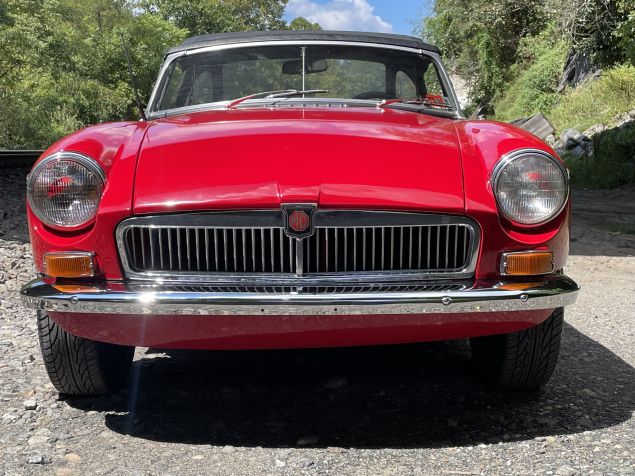 Mere mention of the MG B Roadster evokes images of spirited motoring through winding English back roads. This example is finished in classic Tartan Red over a black interior with a black top and matching boot. According to the selling dealer, the car was refurbished in 2013, including a respray in its original color. The Weber-carbureted, 1.8L four-cylinder engine and 4-speed manual transmission make for engaging driving. This MG B represents a great opportunity for anyone seeking the essential British sports car experience.

According to the selling dealer, this MG B Roadster received a 2013 refurbishment that included a respray in factory Tartan Red. Modifications appear to be limited to a JVC AM/FM/CD stereo, removal of the front bumper over-riders, and a Weber carburetor. The 1966 MG B is considered by some to be the high-water mark for the model, featuring the most robust version of the 1.8L engine along with no emissions equipment.

The MG B was launched in 1962 and utilized a modern unibody chassis design. This chassis incorporated one of the first uses of crumple-zones designed to offer greater passenger protection. Power was provided by a five main-bearing equipped, carbureted 1.8L inline-four-cylinder engine distributed via a 4-speed manual transmission. Braking was supplied via front disc-brakes with dual-piston calipers and rear drums. Series production ended in 1980. 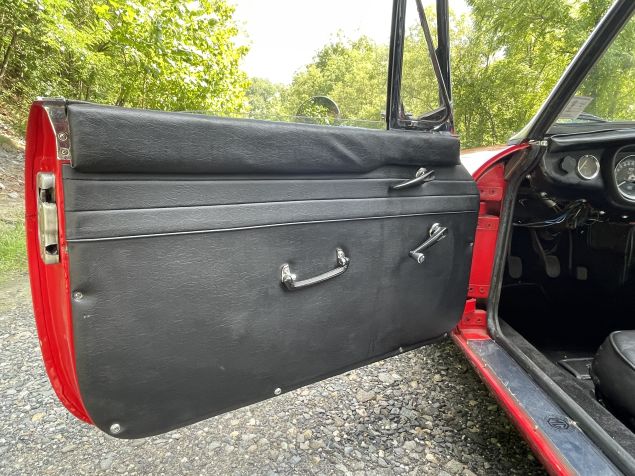 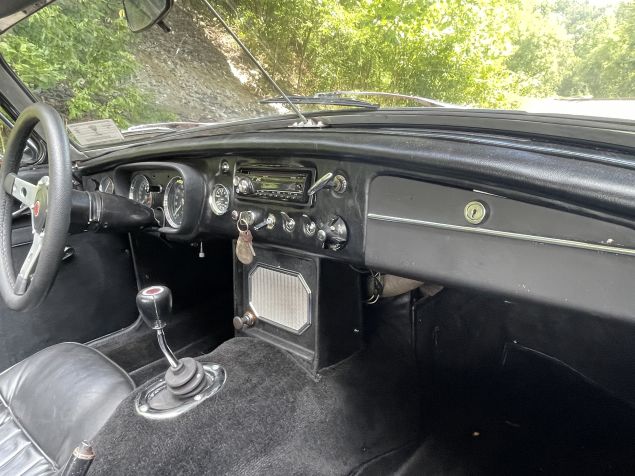 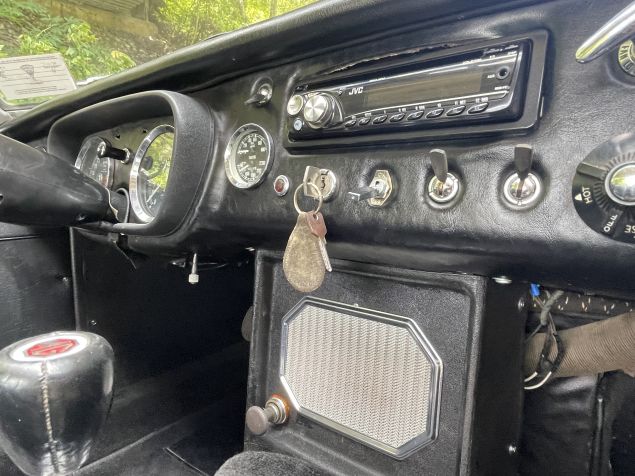 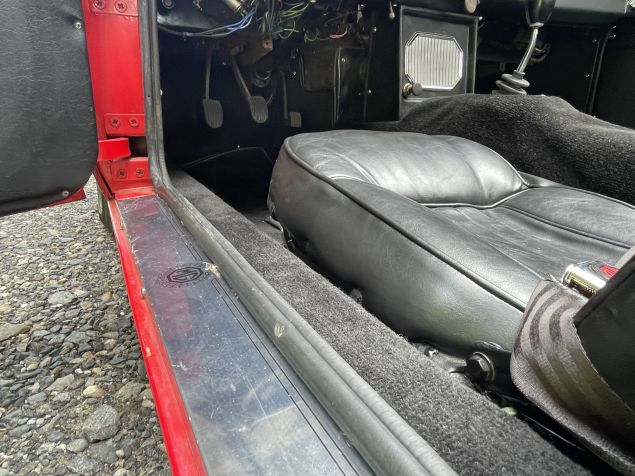 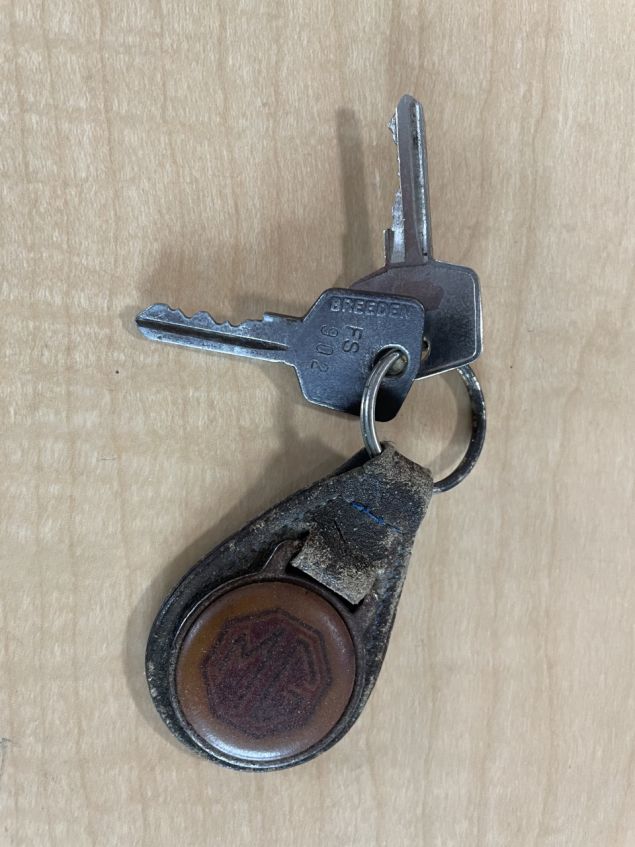 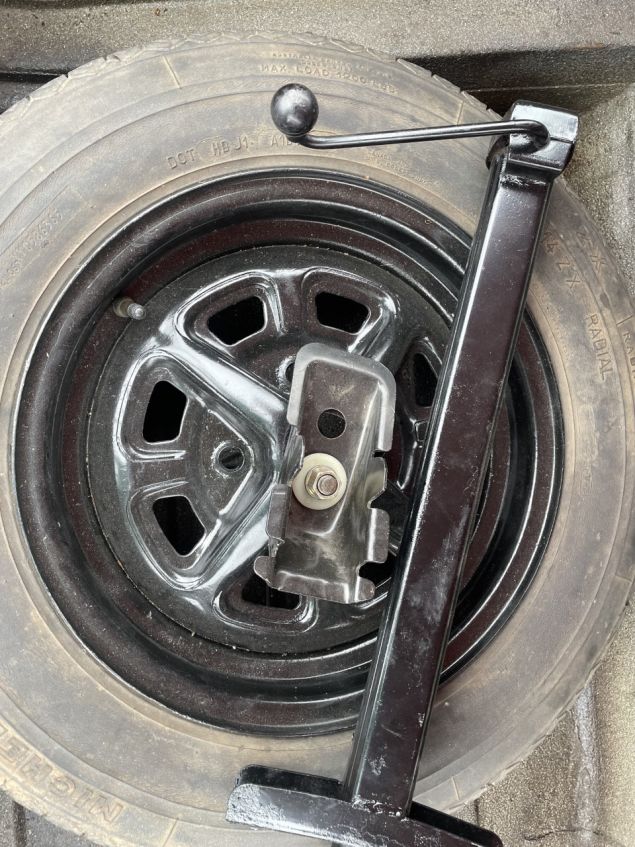