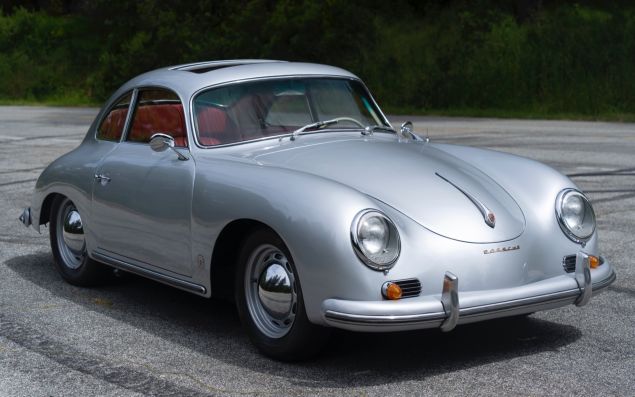 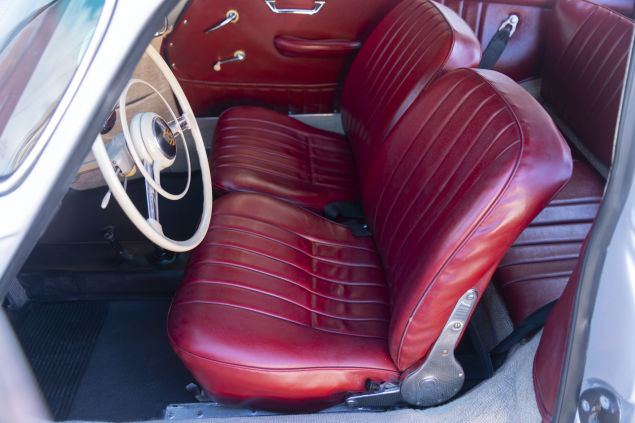 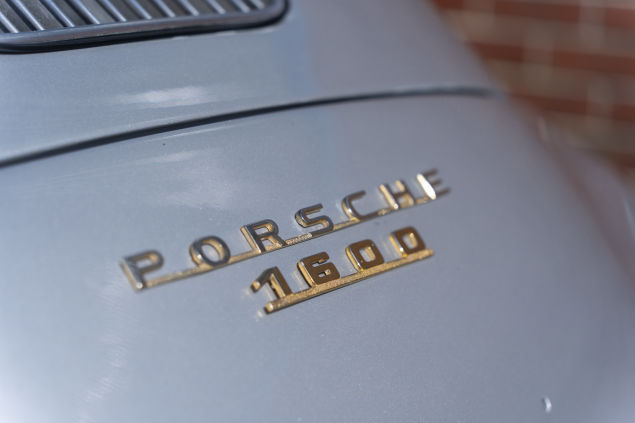 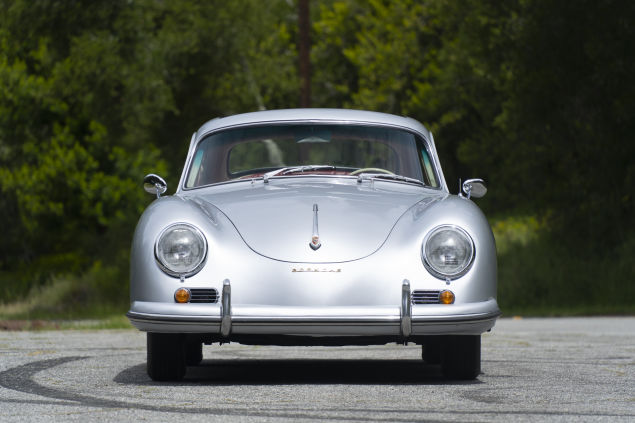 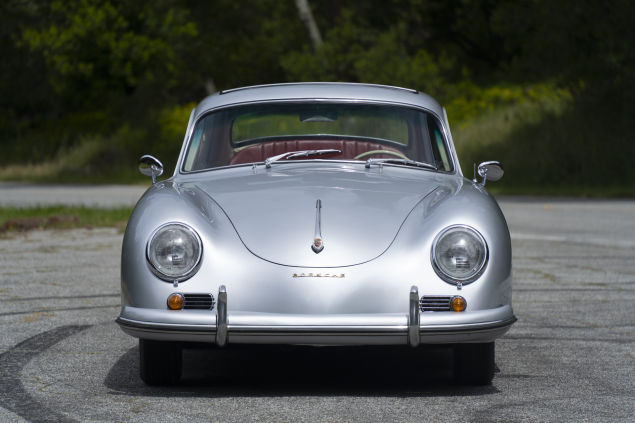 Porsche’s 356 is legendary among automotive enthusiasts for its pure driving experience and solid reliability. This late-model A Sunroof Coupe example features the highly-desirable 1.6L engine and long-term, traceable ownership history from new that includes more than four decades spent in California. Extensive service records and photographs highlight refurbishment of both cosmetic and mechanical components. The vehicle is finished in its original color-scheme of Silver Metallic over a red interior. Often-missing components such as the factory toolkit and owner’s manual are included. Modifications are minimal and include a 12-volt electrical system with a high-torque starter. This 356A is ready to provide its next owner years of classic Porsche ownership and enjoyment.

The included Porsche Kardex indicates this 356A departed the Porsche factory August 6, 1959, and was delivered to Travag Porsche of Lubeck, Germany. The first owner took delivery on October 18, 1959, with 2,648 kms showing, which are assumed to have been added by dealership employees. The second owner, an American engineer, is believed to have purchased the car while on a business trip in 1961. The beloved 356A would stay with this owner’s family for more than 60 years, being passed down from father to son. The engine was replaced circa 1965 due to oil-loss-induced, catastrophic failure of the original unit.

Originally residing in the Midwest, the 356 accompanied its owners to southern California in the mid-1970s, eventually making its way to northern California in 2001. The seller acquired the vehicle in late 2021 and has added approximately 150 of the 44,400 miles shown. Modifications appear to be limited to a change from the original corduroy cloth seat inserts to solid red leatherette and an upgraded 12-volt electrical system.

The Porsche 356 was launched in 1948 and was immediately successful in racing, having won its class at a race in Innsbruck. Various improvements were made over the years and the 356A was launched in 1956. Multiple engines were offered, with the 1.6L version featured here being one of the most desirable. Tailpipes that terminate within the bumper horns are distinct visual features on 1600-equipped cars -- believed to be for additional ground clearance. Production of the 356A ended in 1959. 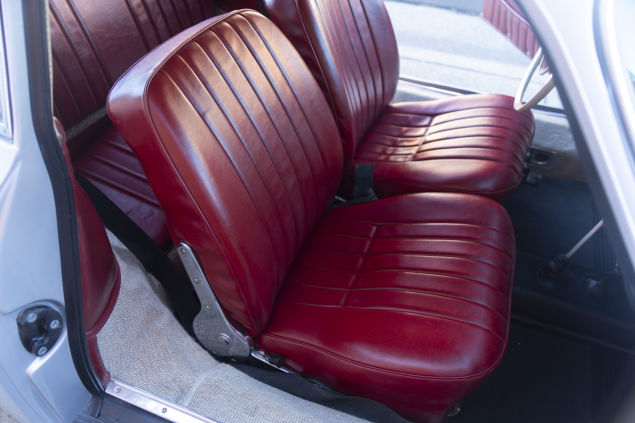 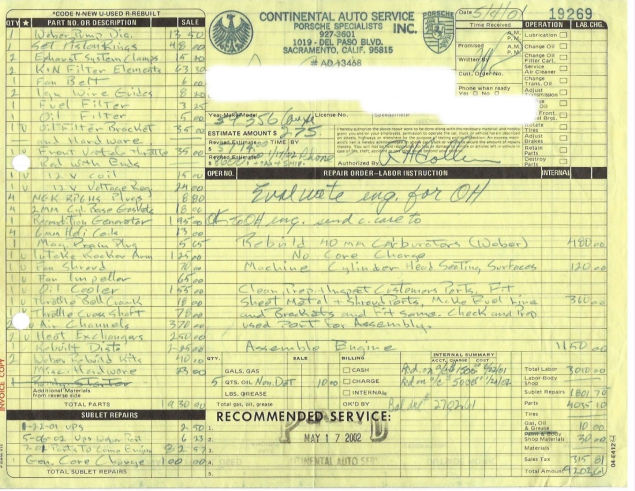 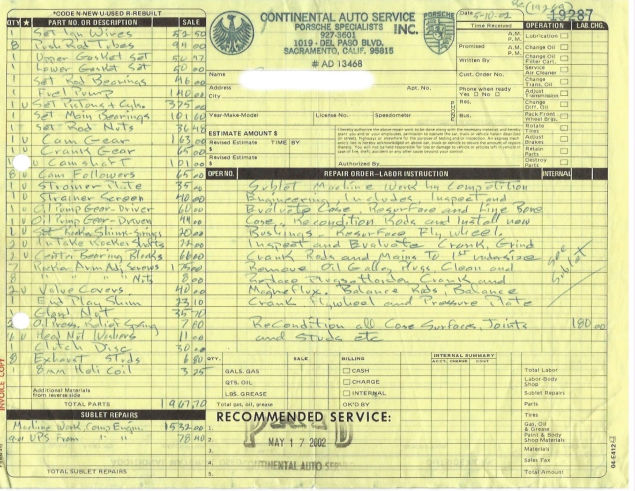 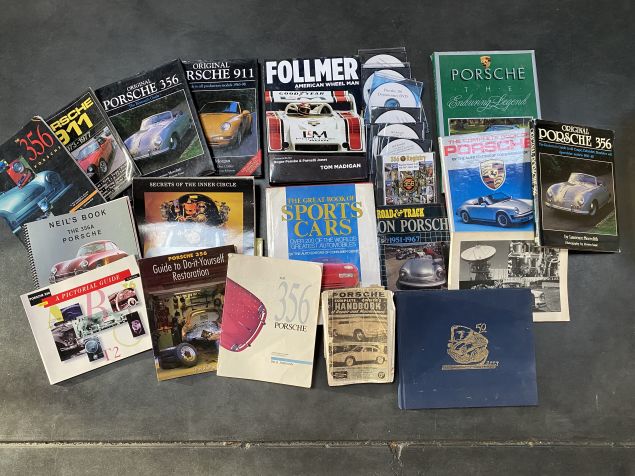 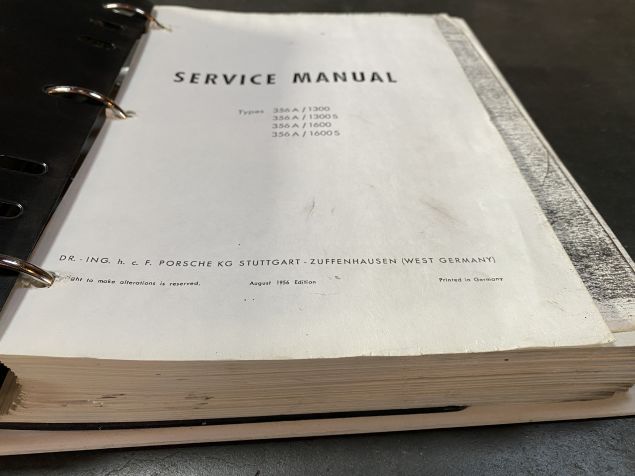