If the engine is the heart of an automobile then the right engine makes the heart of both driver and car sing, and there’s no more melodious song than that of the V12. This kingmaker motor has defined supercars and entire eras of racing. The mythos of the V12 transcends the automotive enthusiast community and instantly signifies refinement and performance to all who hear it. To own a V12 powered car is a dream held by countless enthusiasts and collectors, but many assume the path to twelve buzzing cylinders will require a second mortgage and a supercar. But don’t let your dreams be dreams! There are still quite a few affordable V12 options.

Why The Delightful Dozen?

Twelve cylinder engines have two different advantages: smoothness and performance. When all power is derived from just a few combustion events each engine cycle, all the noise, vibration, and clatter is concentrated and amplified as well. Adding cylinders tames the crashes of cymbals into a low drumroll and their inherent perfect balance lets them spin like a top.

Unlike most things in life and in cars, this comfort doesn’t come at the cost of performance. A smaller combustion chamber allows for a faster and more complete burn of the fuel charge while the smaller and lighter pistons with their short throws and diminutive connecting rods vibrate less and spin more freely. These advantages combined keep V12s happily spinning into rev ranges normally the domain of sportbike engines all while adding lightness and compactness to the car.

Adding cylinders to an engine - regardless of displacement - increases cost and complexity. It’s more expensive to build twelve small pistons than four large ones and the same applies to valves, camshafts, connecting rods, and all the other mechanical bits. These engines are reserved for the absolute top-of-the-line models and cost accordingly. The bargains on this list are near peak depreciation but these cars were never designed to be cheap to own. They each have service procedures that could eclipse the initial purchase price and their overall level of complexity makes reliability a moving and small target. The charms of a V12 engine are worth the trouble to many enthusiasts but any potential purchaser should consider the running costs carefully. 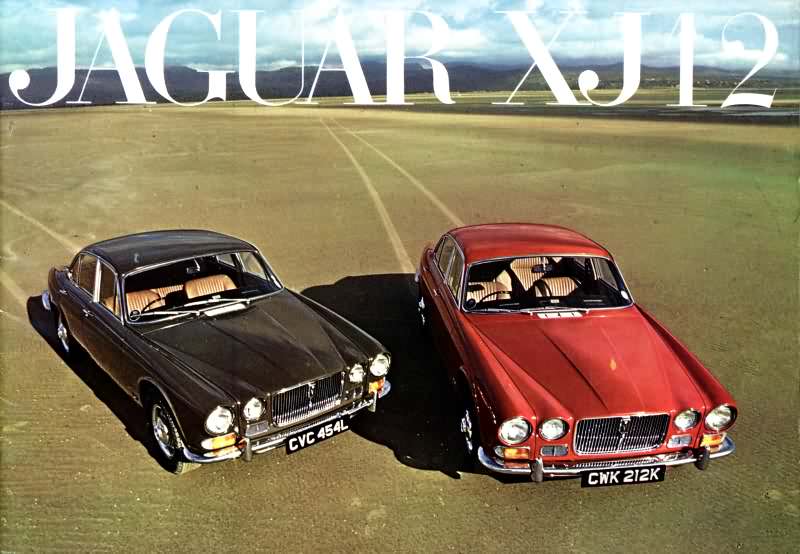 With the possible exception of a small factory in Modena, there’s no manufacturer more closely associated with the V12 engine than Jaguar. The XJ series is one of the definitive models, released in 1968 to uphold their tradition of grace and athleticism. The styling of the XJ is an icon of automotive grace but the athleticism came in 1972 with the installation of the recently canceled Le Mans-bound XJ13’s V12 engine. Jaguar wouldn’t significantly alter either the styling or engine options until the release of the XJ40 in 1986, which only saw the return of the V12 engine in its final year of production. For a more exclusive alternative, the upmarket rebadged Daimler Double Six is a yet more rarified way into an XJ12.

The market: Pricing varies depending on the series, but solid examples can be comfortably sourced under $30,000 if you can find one as the production numbers for the 12 cylinder cars were significantly lower. 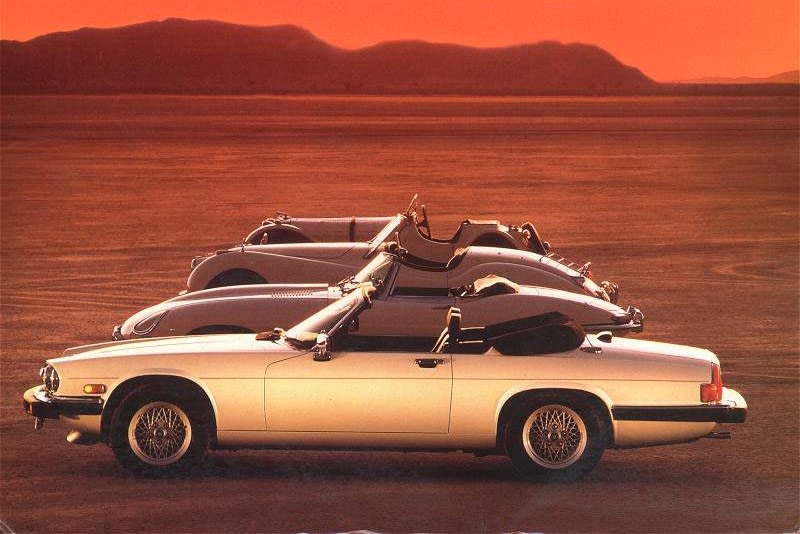 The E-type’s beauty and performance left big shoes to fill. When Jaguar set out to replace one of the most iconic sports cars ever made they retained the key ingredients: long-hood/short-deck proportions, touring suspension in a chassis capable of racecar performance, and a stout six-cylinder with the option of their legendary V12. The XJS styling was a large and controversial departure from the E-type. But thanks to hindsight and maybe a little Radwood Effect the XJS looks better each passing year. The low and wide stance, simple single curve panels and creased body lines, and oh those flying buttresses contribute to road presence unlike few other cars and certainly anything in the price class. While most examples are propelled by the competent six-cylinder, the V12 XJS is readily available and fits the extroverted personality of the XJS even better than the E-type.

The market: Driver-level XJS' tend to hit the market in the sub-$15k category, though a low mileage, Series 1 example in the UK recently brought over $40k at auction. The British automotive industry’s convoluted family tree of mergers and acquisitions makes for unlikely lineages. Who would have expected the successor to the Jaguar XJS to be… an Aston Martin? When Ford purchased both companies, the XJS’ successor was in development at Jaguar but would be released as the DB7 in 1994. Jaguar got their own platform back with the XK two years later but the Aston variant retained what was once a hallmark of the big cat marque: a V12 engine. In 1999, the Aston Martin AM11 V12 engine was offered in the new V12 Vantage model and upholds the tradition of the true GT car that Aston nearly perfected in their 1960s DBs.

The Market: V12-powered DB7s paired with the more desirable manual transmission and decent mileage trade at a hair under the $50,000 mark in the market currently with a predictable delta for interesting color combinations and condition. 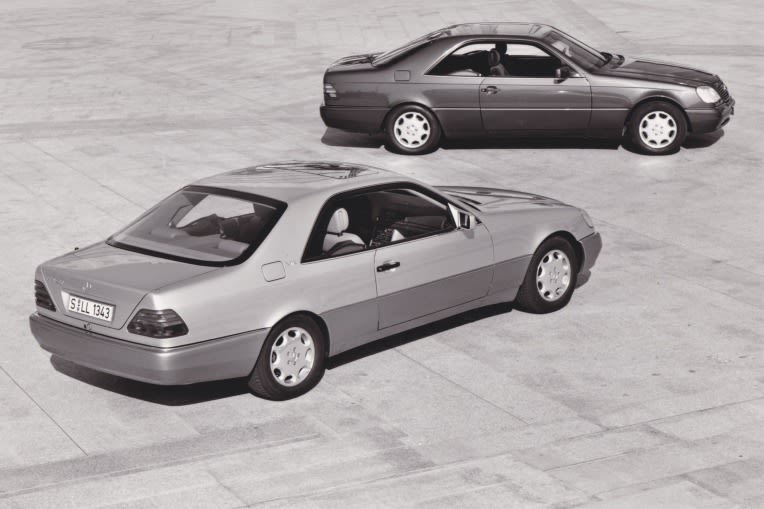 If any V12 engined car can be considered notorious, the W140 S Class is that car. Mercedes’ all-new flagship S Class was the high watermark of their compromise-free engineering philosophy and consequently their most expensive development project to date. Every platitude associated with the Mercedes brand is personified by the W140 platform: build quality par excellence draped with Bruno Sacco’s refined sheet metal and packed with unheard of technology to provide unprecedented luxury. A first for Mercedes was the option of their M120 V12 engine, a power plant initially designed for quiet, smooth, and drama-free motivation.

The M120 would surpass its humble beginnings and the drama came when both AMG and Pagani reengineered the M120 for the CLK GTR and Zonda supercars respectively. Combining the potential of this powerplant with the massive depreciation of the S600, earnest hotrodders followed their lead and began installing equal-length headers and straight pipe exhausts on the staid S600 sedans. The result was the anachronism of a conservatively styled passenger car making Formula 1 noises and videos of the bellowing Benzes broke the internet.

The Market: The S600 saw a $40,000 result in an auction earlier this year for a 39k-mile example demonstrating the collector market is placing a premium on clean examples. That said, driver-level cars hover between $20,000 and $30,000 dollars. 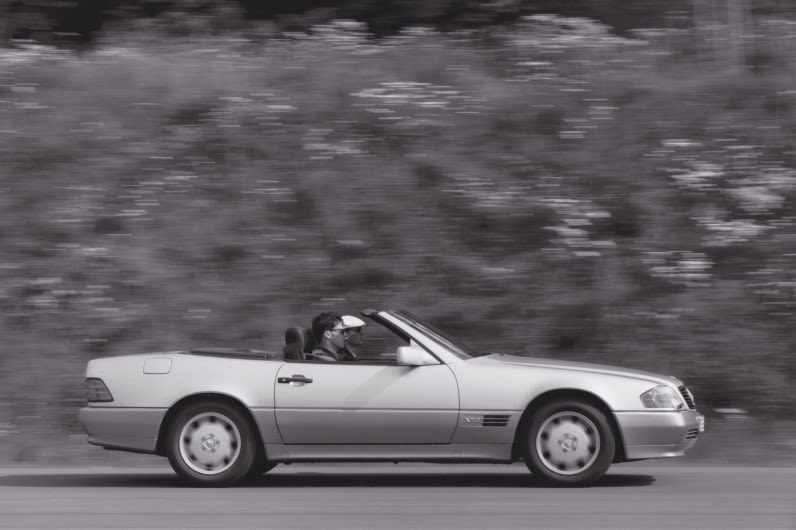 The two most established pillars of Mercedes’ road car lineup are their mid and full-size luxury sedans and the more liberated and fun-loving SL roadsters. While the former can be all business, the SLs have always known how to have a good time. With the potent M120 V12 just burning a hole in their engineer’s pockets the four year old R129 got the big update in 1993 with the release of the 600SL, immediately renamed to SL600 the following year. The baby Benz’ restrained Sacco design almost hides its aggression but the rising beltline and wide stance hint at the athletic potential that the M120 unleashes. An SL shopper would be disappointed to anticipate a sports car demeanor but as a grand touring roadster the SL600 is a brutally quick way to mow down the miles.

The Market: SL600s are more plentiful on the market in comparison to some of the other cars on this list. Solid examples are trading between $30,000 and $40,000. 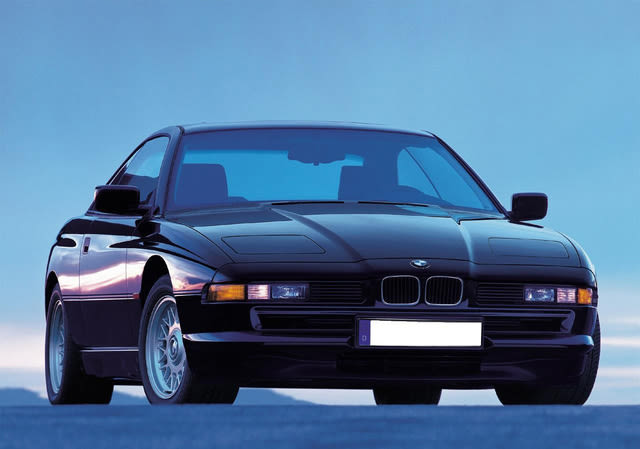 M Division is often a synonym for BMW sports cars but one of their greatest never wore an M badge: the 3.0 CSL coupe. The CSL’s grandchildren can be overshadowed by M3s and M5s but they shouldn’t be under-appreciated. For 1990, the new BMW luxury coupe was the E31 and it would differentiate itself from the M cars with something exotic under the hood: a V12.

The E31 platform underpinned the V8-powered 840 cars and the V12-powered 850 cars. The top of the line 850CSi was just a hair’s breadth away from being an M car. Regardless of engine, what you get with any E31 is some of the finest automotive styling of the 1990s; a swooping B pillar-less coupe, the iconic forward canted sharknose grille topped with sleepy-eyed pop-up headlights, and broad fender-flared hips that sashay even when the car is parked. Don’t expect a taut, dramatic, canyon carver out of the 8-series but if you let it unwind in comfort on your closest stretch of Autobahn-like highway you’ll reap the rewards of some of BMW’s finest engineering.

The Market: E31s have been on the rise over the last few years, with examples showing less than 100,000 miles hovering around the six figure mark. 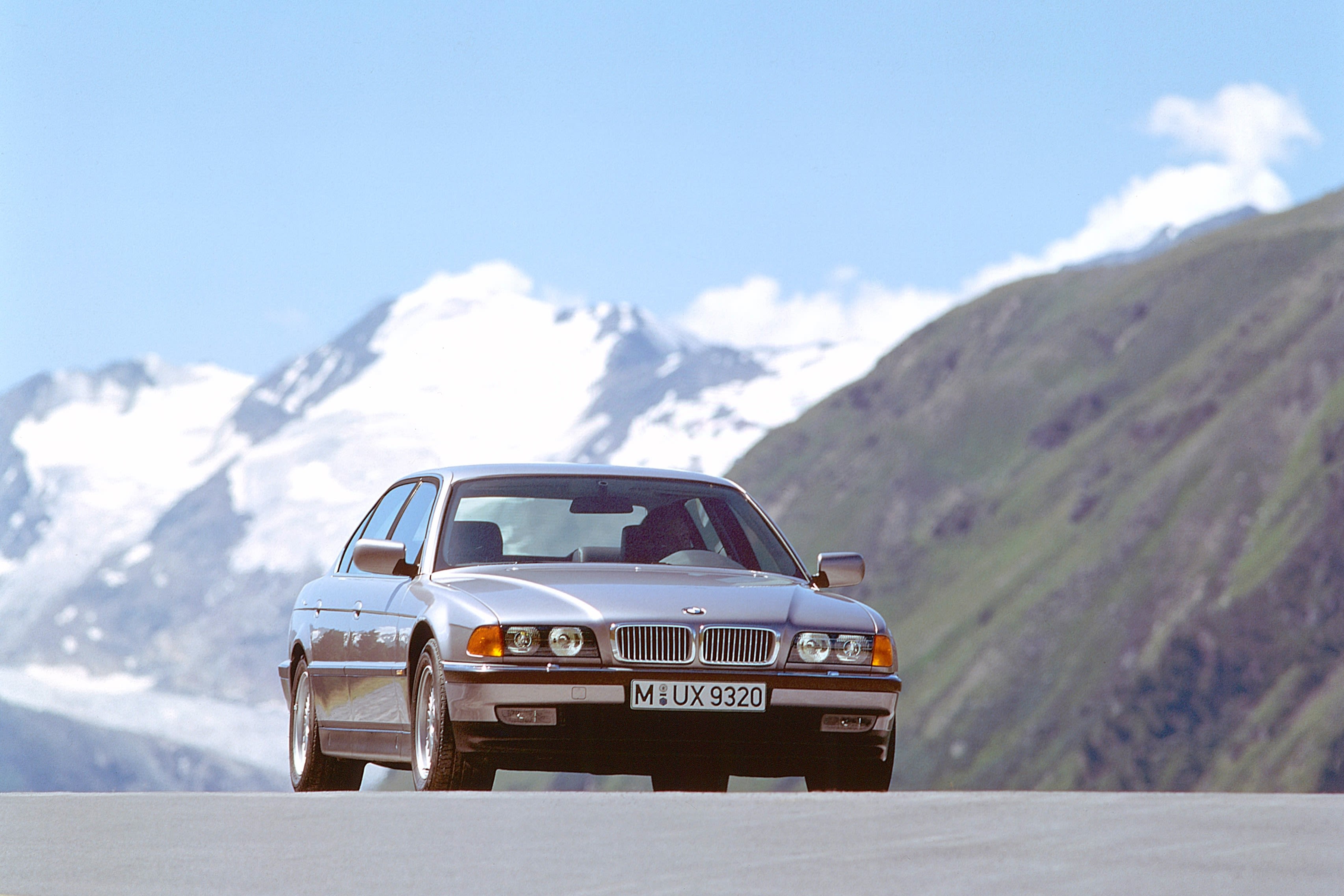 Just like Jaguar and Mercedes, BMW’s V12 engines found their way into two parallel product segments: a sports coupe and a big sedan. BMW’s 7 Series had been taking a run at Mercedes’ segment-defining S Class for a few generations and making slow and steady headway. The new 1991 Mercedes W140 took design inspiration from the older BMW E32 7 Series but upped the ante with an available V12. BMW’s response was 1994’s E38 and unsurprisingly the E31’s M73 V12 appeared on the order sheet in range-topping 750i trim. The Bimmer purists often show the most enthusiasm for the E38 740i M-sport, a more lively and BMW-esque driving experience. But we shouldn’t judge a fish for not being able to climb a tree nor should we judge a German land yacht for not being an M3.

The Market: Given its unpopular successor, E38s are having a moment in the market being realized as one BMWs last handsome sedans. Nice examples trade between $25,000 and $35,000, with a recent 750il even making it into the premium catalogue of RM Sotheby's. 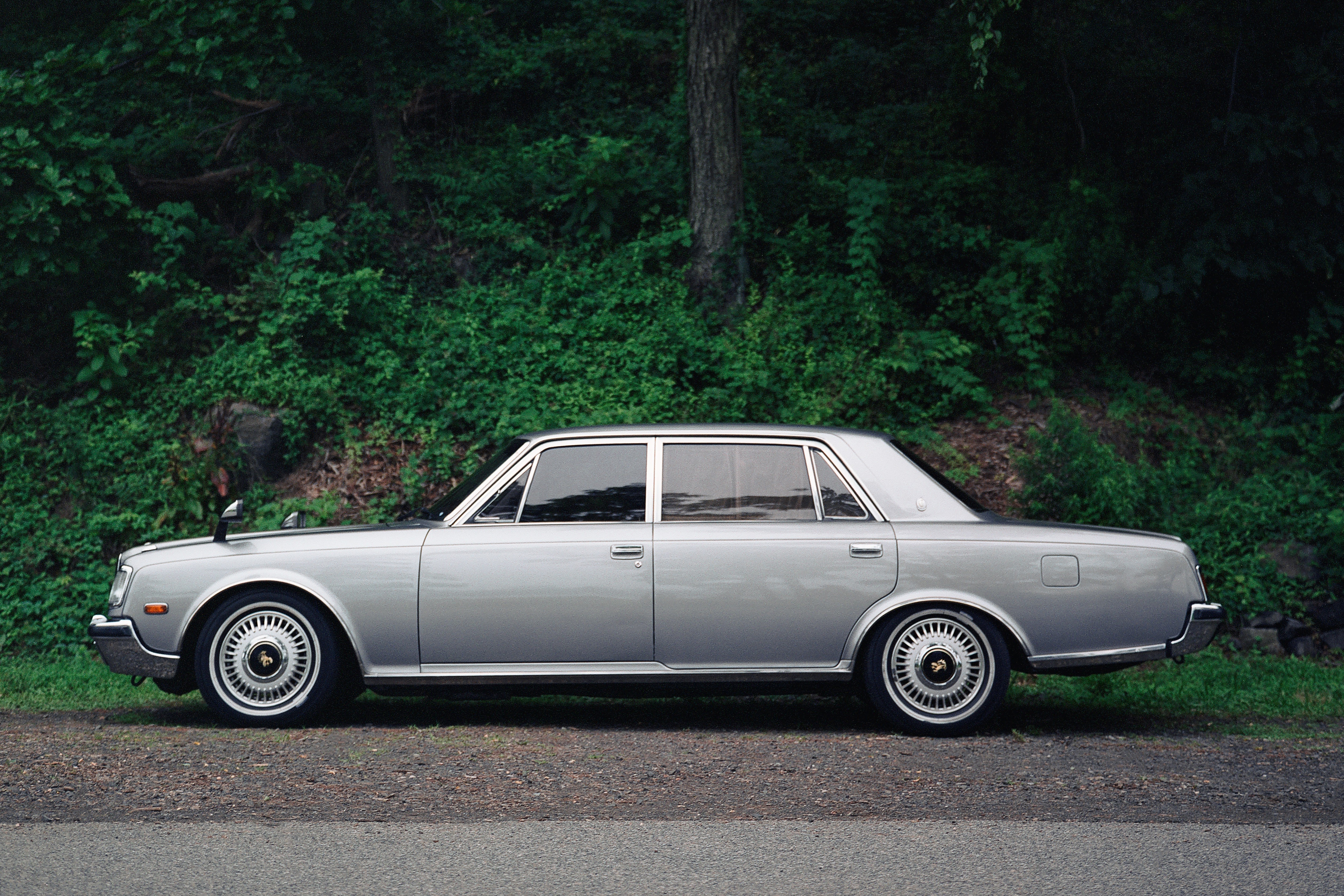 V12s are rare among the Japanese manufacturers but when Toyota updated their flagship sedan for the second-generation G50 in 1997 it was the only obvious engine choice to compete with the Germans. The Century is the choice chariot of the imperial family, the prime minister, and the highest echelons of the ruling and executive class. But the Century has a connection to Japan’s automotive royalty as well. When legendary tuner Kazuhiko ‘Smokey’ Nagata built his Top Secret Mk 4 Supra he chose a 1GZ-FE from the Century to power one of the most notorious Supras in the world. With G50 Centurys just a few years from import eligibility to the US they’re about to offer VIP style and JDM tuning street cred to discerning collectors. 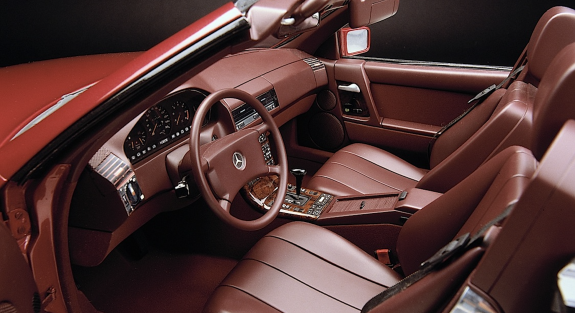 Hear us out, enthusiasts: a case for the automatic transmission