If Enzo loved this boxy Ferrari maybe we should too

Brown. It was possibly the most brown car. Who doesn't remember the day they bought their first 400i?

It was a strange transaction. There I was, many years ago, alone and walking into the middle of Grand Central Station to buy a ridiculous car from quite the mysterious owner. “Here we go,” I said to myself. 400i ownership day 1. Let's do the deal. He smiled coyly and handed me five things: one Hampton Jitney bus ticket, a Pellegrino, the latest issue of Worth Magazine, two keys with horses on them, and a giant bag of Milanos for the long ride East. After exchanging an expensive duffle bag and a pat on the shoulder, I was taking a bus to meet my Italian bride. The irony! Hopefully that signed title really was on the seat. 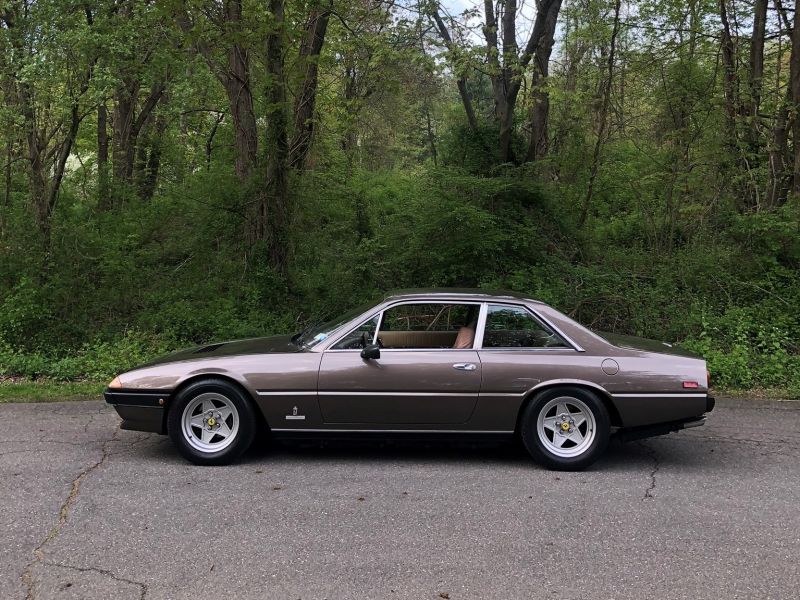 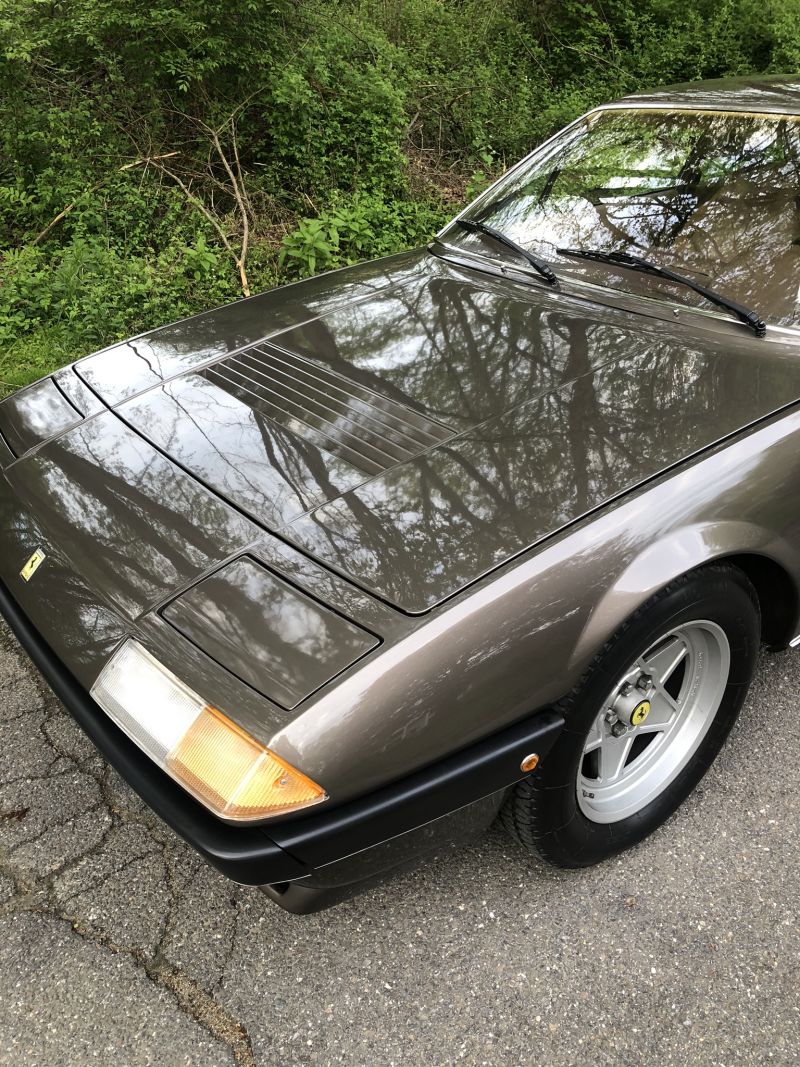 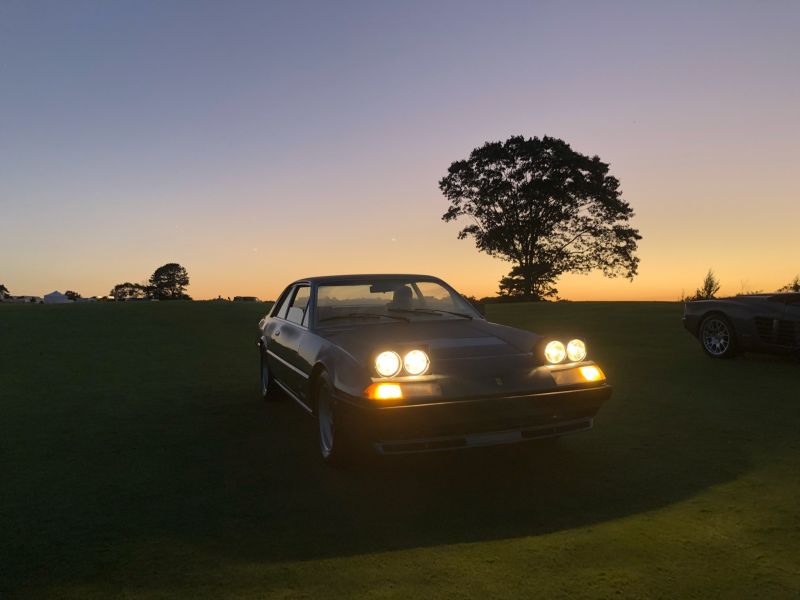 What I experienced in this very dark Sag Harbor garage was rated R for explicit car guy content. Ever so gently slipping the dusty cover off the bumper, exposing those sleeping pop-up lights, slowly revealed a sharp and sultry Marrone Colorado missile. Then the vroom happened. Remember readers, it was the 400i that Tom Cruise drove in Rain Man, not a Countach. This is a shape that demands a one-on-one appointment. Then something magical happened. The Manhattan skyline on the horizon, the engine singing full chat Pavarotti, yellow grandpa glasses on, Milano crumbs everywhere...I finally understood. The 400i doesn't even notice your comfortable family of four, it's far too busy being a great Ferrari. The ultimate Italian box. 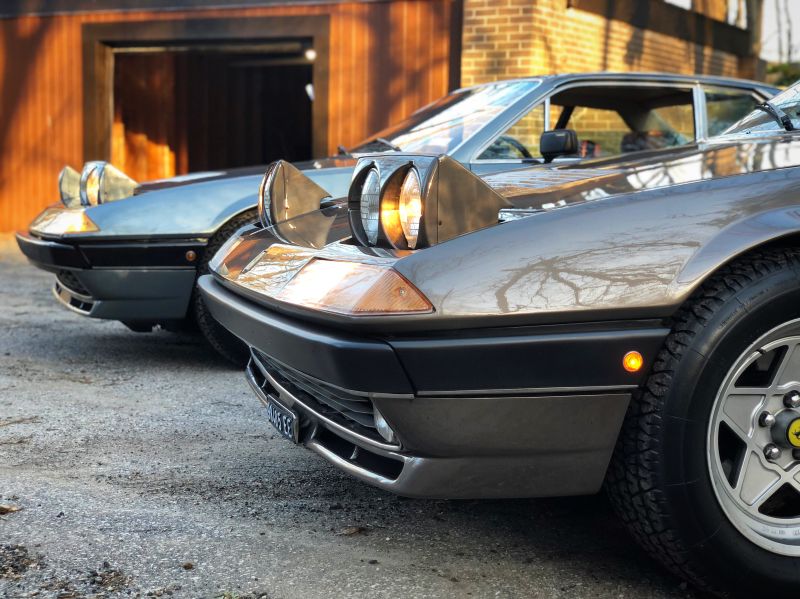 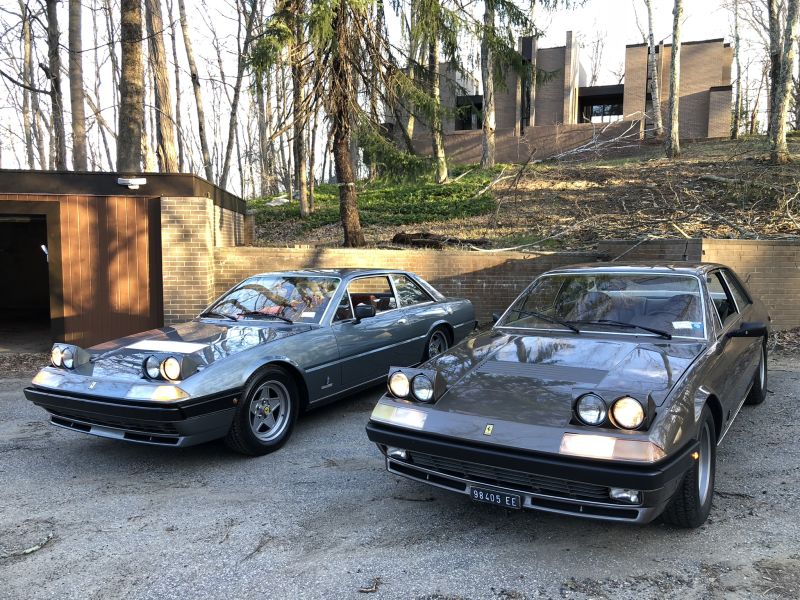 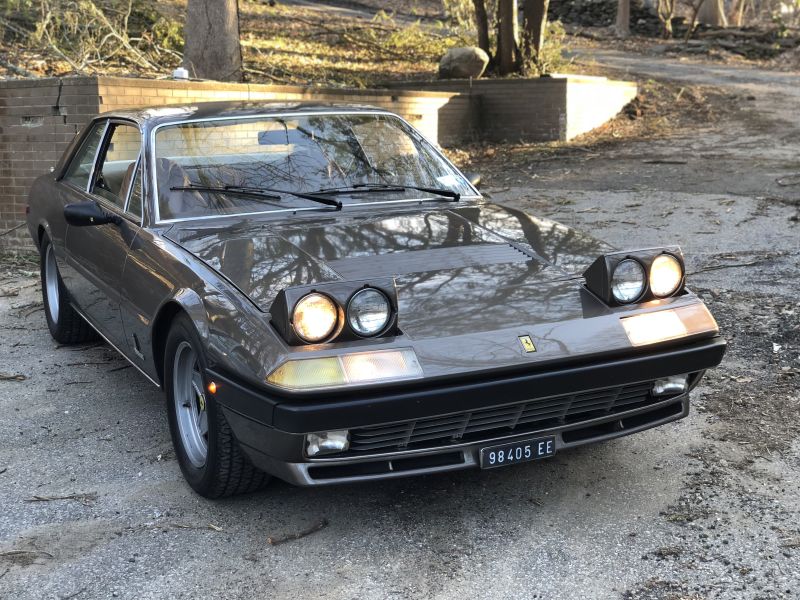 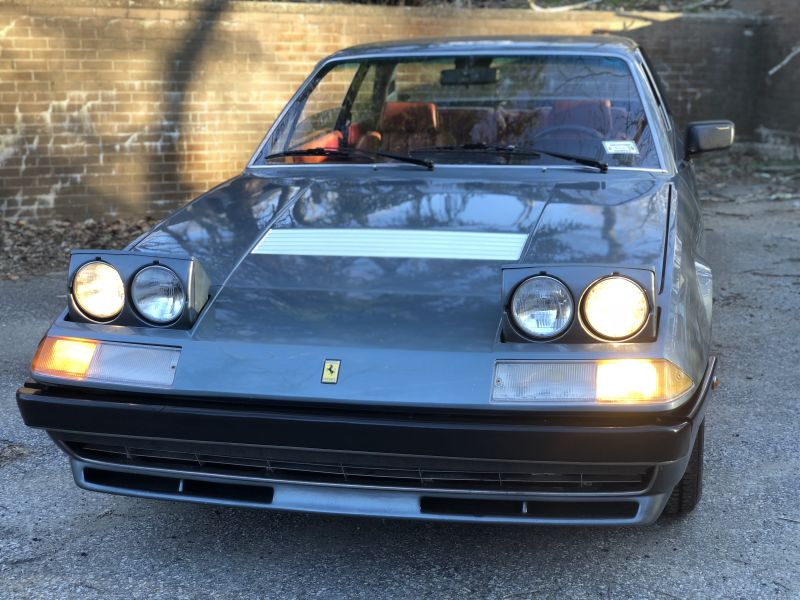 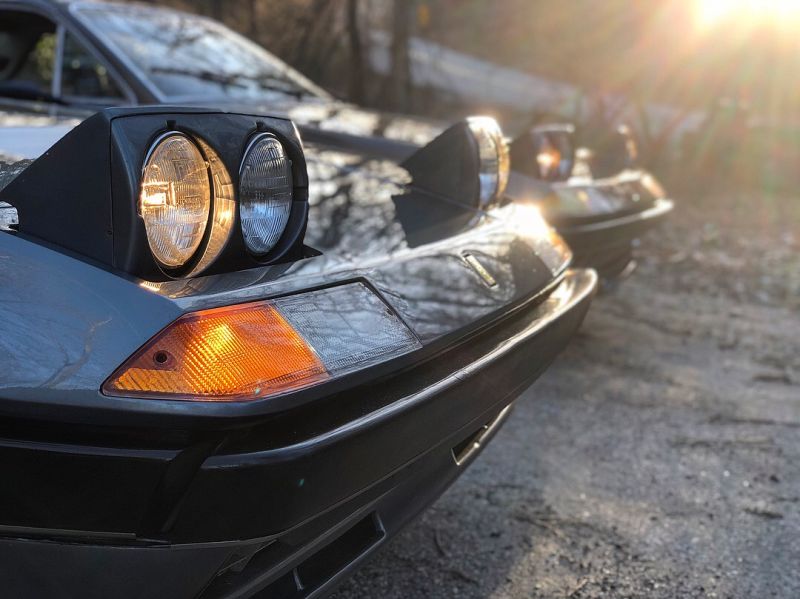 While I was happily enamored at first sight, I also remember everyone making fun of me. "400i?" they proclaimed with a wince. This was years ago when the world still agreed with Clarkson's "awful in every way" synopsis. BBC famously listed the model in 2004's "Crap Cars" at number 18. I digested the critiques and surmised that everyone had to be blind. "Did Fioravanti make any mistakes? Ever?" I thought to myself. I mean let's be honest, it also has a Colombo V12 and I've yet to meet anyone whose ears didn't melt at that noise. We'll have to assume the opinionated masses were also deaf. I promptly bought two more. I had to grin and bear this drama until I watched the 1984 400i 5-Speed hammer in at $170,800 this weekend at RM Sotheby's Monterey sale. Are the tides finally changing? It's about time. 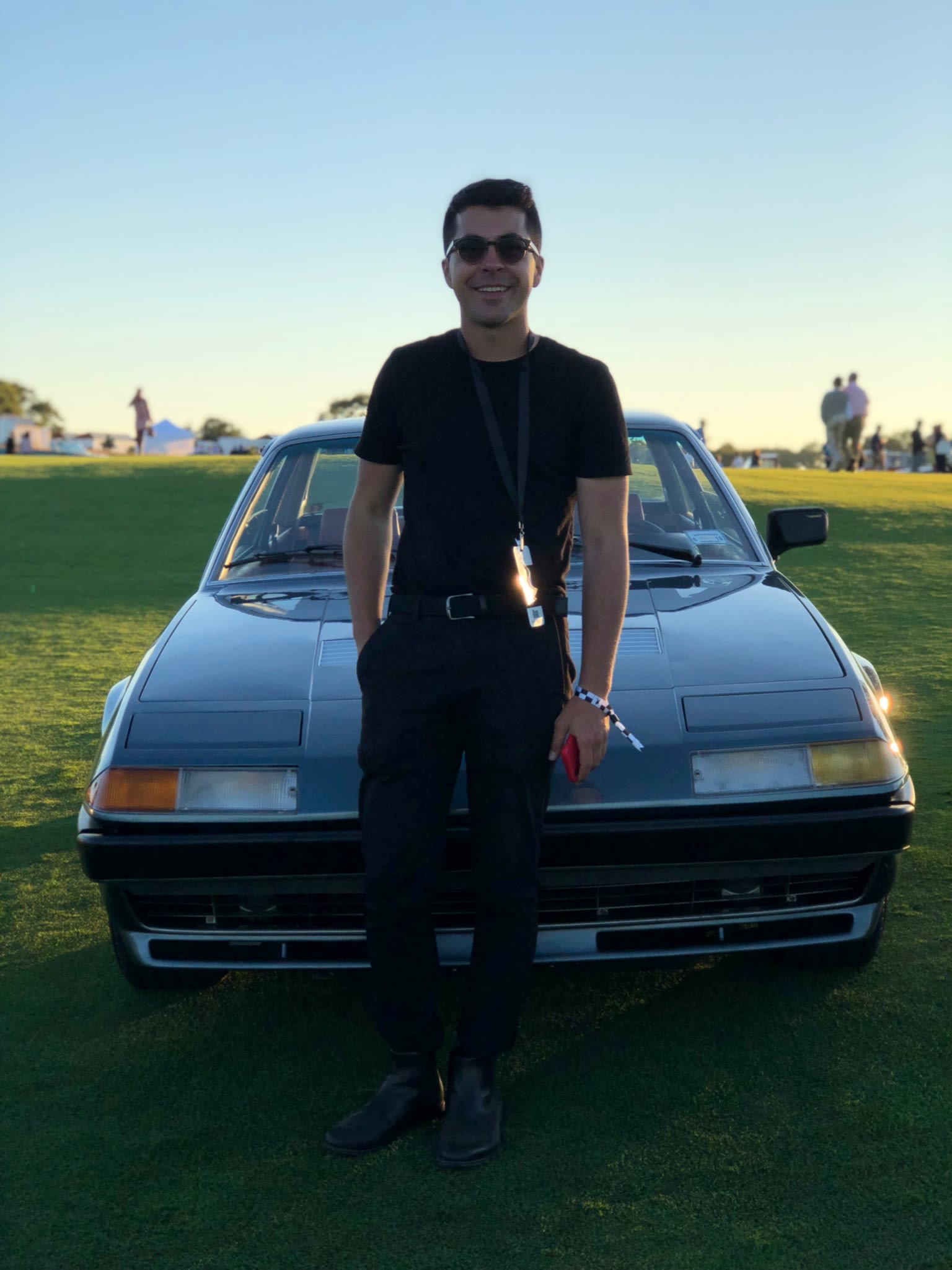 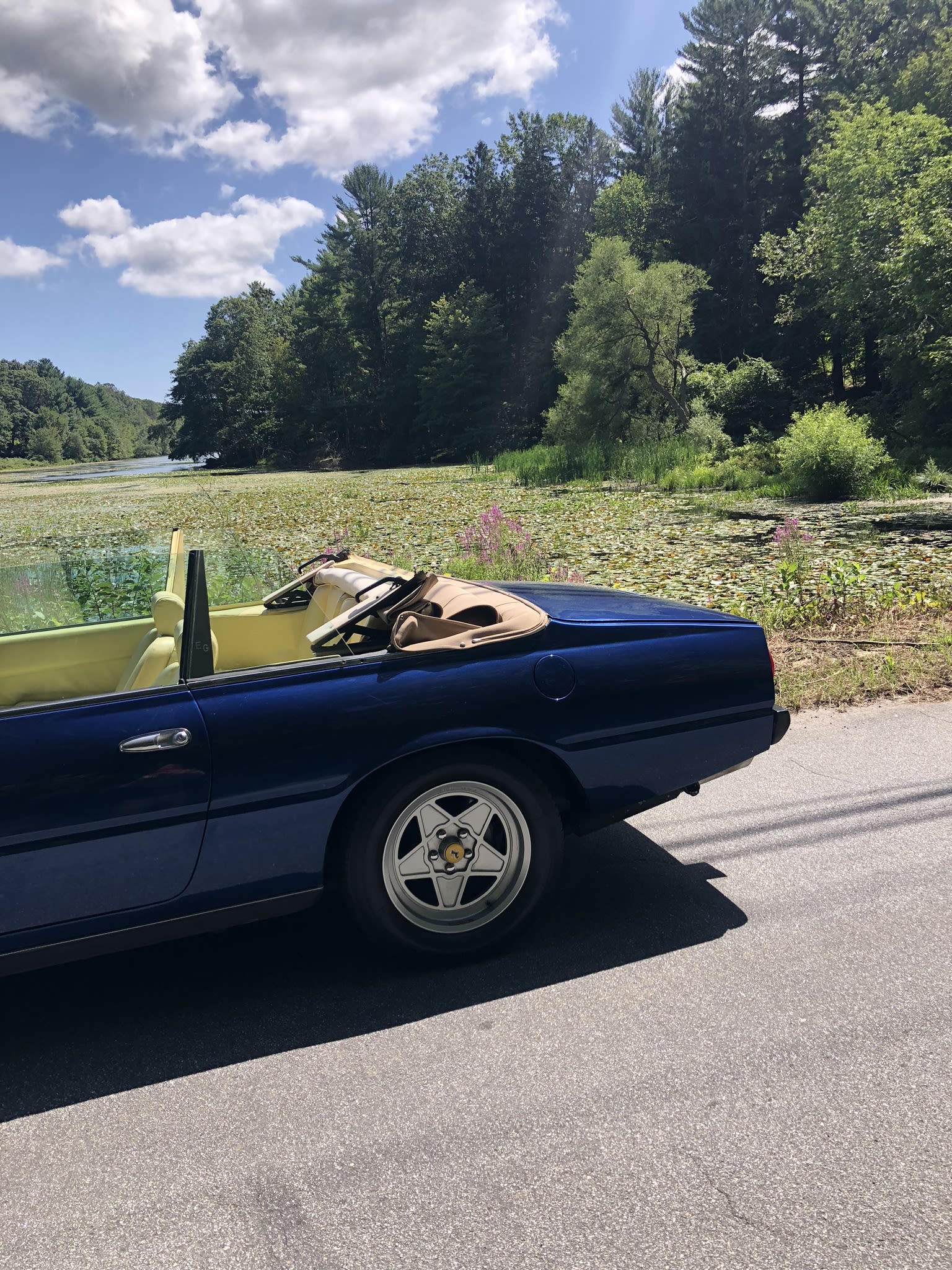 Perhaps we can make further sense of these cars with a dose of period context. You can't miss the perfectly positioned Daytona-esque swage line running down the side. Those iconic running lights? No coincidence there. It was the early '70s and Leonardo Fioravanti slapped us in the face with fresh clean design language & gorgeous surfacing. Priced well above the Daytona, Enzo wanted the 365 GT4 2+2 to exude the most extreme form of restrained Italian elegance. It was a comfortable and subtle car with a giant engine. It was perfect for an aging owner of one of the world's most endearing marques. He famously drove one. Logic is calling. The shock that these special cars can be had for less than 1/5 the price of a Daytona should open the eyes of the sleepiest trend follower. For those who find comfort in the obvious choices, squint hard and follow me on this. The Ferraristi of yore still haven't gotten it yet but maybe the new generation of car enthusiasts can see the obvious light. Go towards this one. 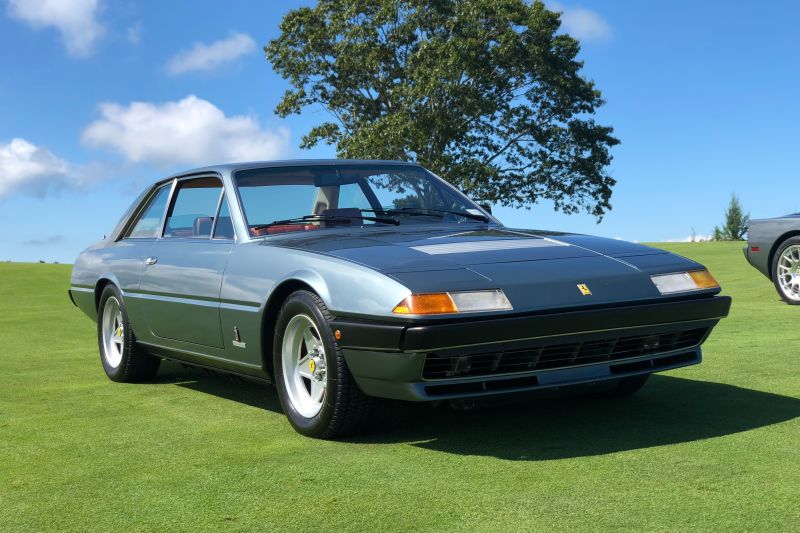 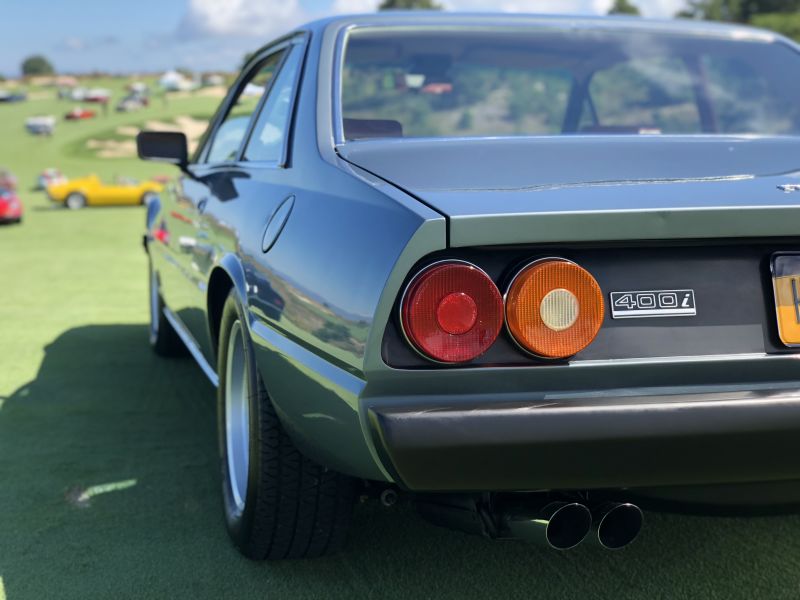 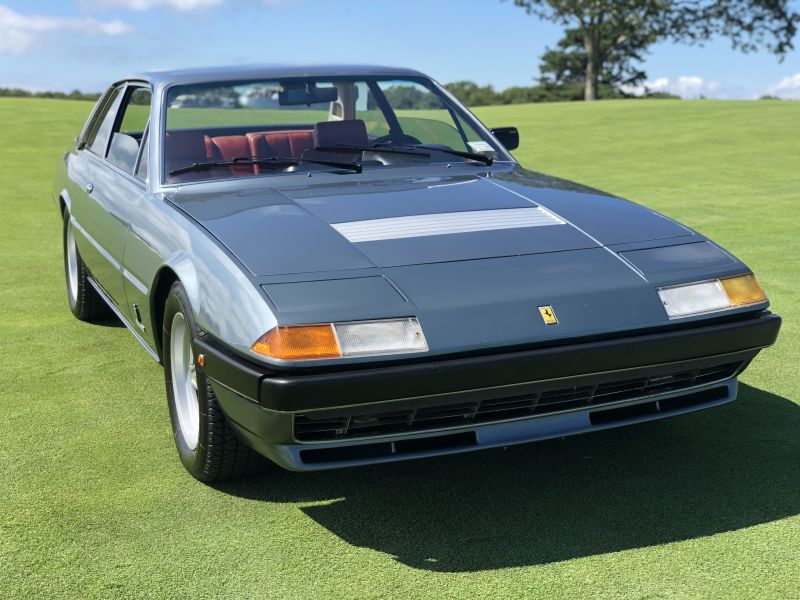 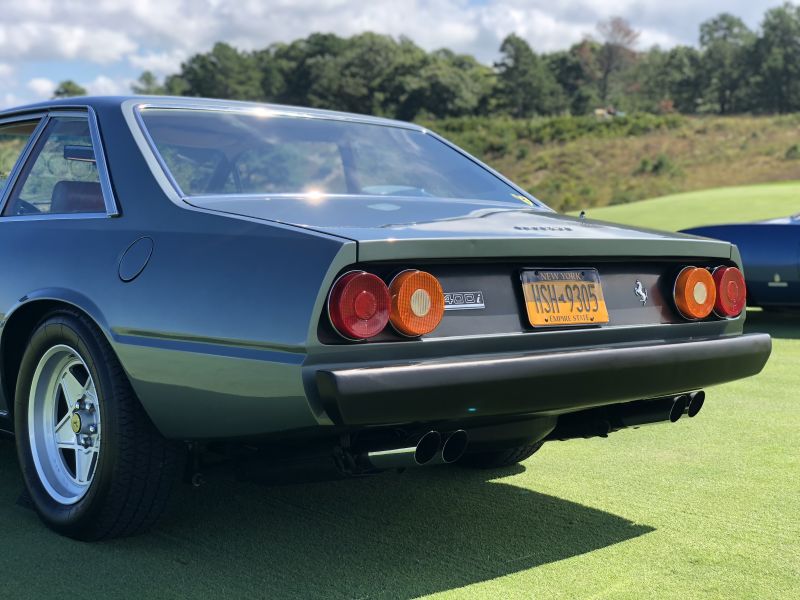 I drove the hell out of my 400s over the years. I drove them like cars. From grocery store runs to commuting through NYC...from top speed curiosity tests to dirt road driving, they were just the best machines. Ferrari made this model in four different evolutions (365 GT4 2+2, 400, 400i, and 412) for a period of 17 years, which makes it the longest production run of any series to date. The Daytona in drag can't lurk in the affordable zone forever. My take? As a neurotic purist, I lust after the super sleek first series 365 GT4 2+2 cars. They have all the carburetor noise you could wish for and represent peak period design vision. Much in the same vein as the 365 GT/4 BB and the 365 GTC/4, those triple rear Carello's are the saucy signature of a design master. The 400's wheels always look a tad small in my eyes, maybe it's shrinkage. The 400i's are hit & miss with the Bosch injection system but the controversial TRX Michelins really help with throwing the weight around. I'm certainly not a fan of the high-boot-lid, botox-filled color match party that is the 412. Perhaps Cecilia Giménez thought it was a Spanish fresco, we'll never know. 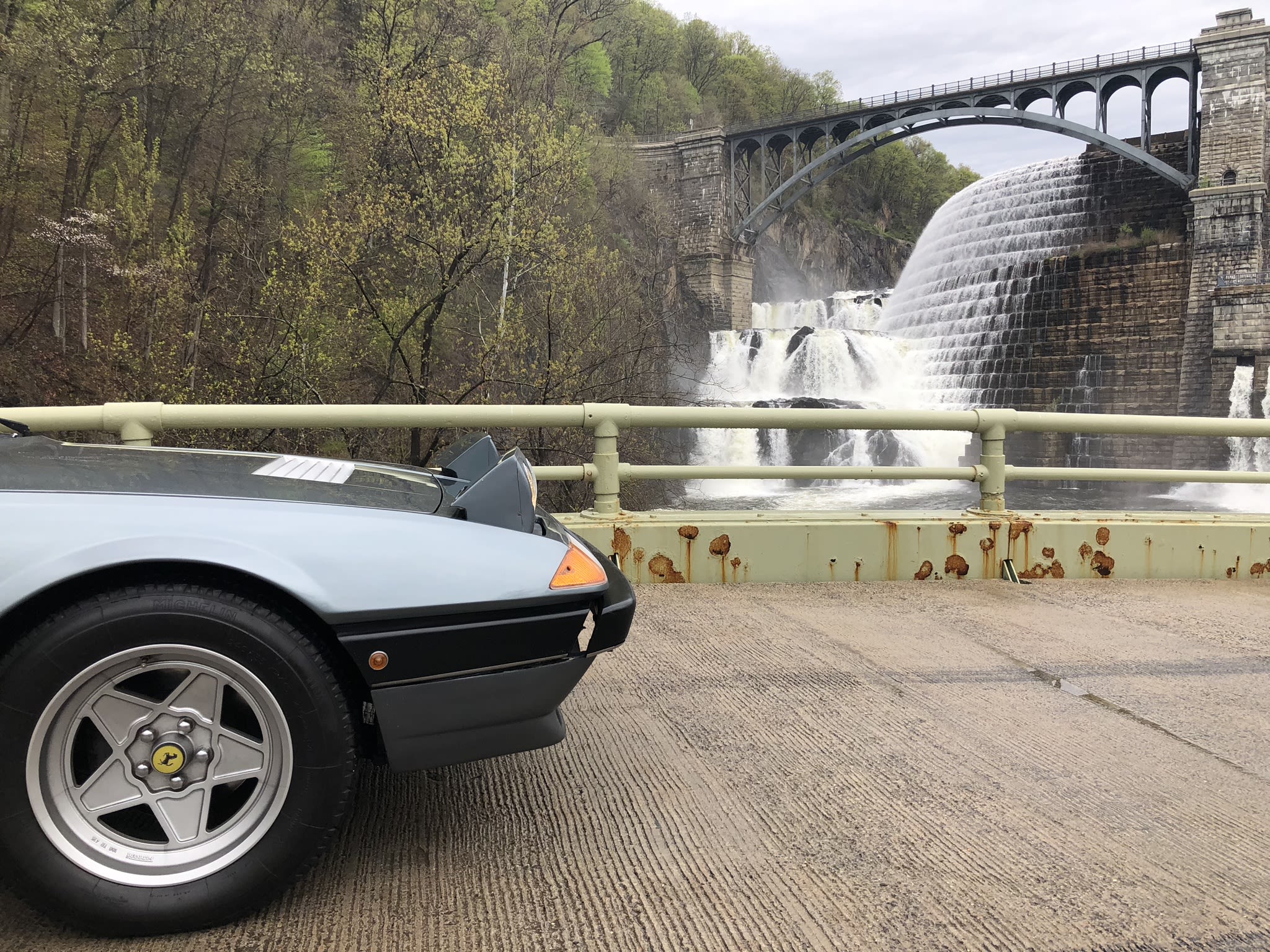 In 2021 we find ourselves craving rarity, provenance, and historic significance. Analog luxury is nothing less than top of mind. On days like these, examples are listed online for the old price right amongst those at the new price. This is the tell-tale sign of a market shift in progress and I'm already shopping for my next 365 GT4 2+2. Why aren't you?

Tom Hale is a partner at Morton Street Partners, the purveyors behind the Monteverdi hai 650 F1 we recently featured on Marqued.

This couple is all about Land Rover love

Milan to Moab: One Italian Jeep collector's vision for the TJ market

Enjoying our selection of classic cars?

Subscribe and get all the latest stories in your inbox. You can cancel at any time, and we won't give away your email address or spam you.