Adam Smith, the great 18th century British economist, may not have “invented” the concept of specialization — of becoming an expert in a subject as opposed to being a jack-of-all-trades generalist — but he was among the first to note the power inherent in this type of focus. When we hone our skills and our knowledge in one specific area, we become intimately acquainted with every nook and cranny of our chosen field, and the quality of our work reflects this arcane, yet essential, knowledge. Take Jason Claudius: he can tell you, to within plus or minus one bovine, how many cows it takes to fill a Lotus Esprit. It is, says Jason, a lot more cows than you might expect, between five and six to be precise.

“There are a lot of upholstered surfaces in those early Esprits,” says Jason, “a lot of leather.”

The shelves in Jason’s mental inventory are bursting with such details, the sort of knowledge one only acquires by devoting a lifetime to Lotus cars. Don’t ask him about Porsches or Jaguars or about how much livestock is implicated in the interior of a Ferrari 308. He makes no claim to knowing such things. Jason Claudius knows Lotus, and only Lotus. 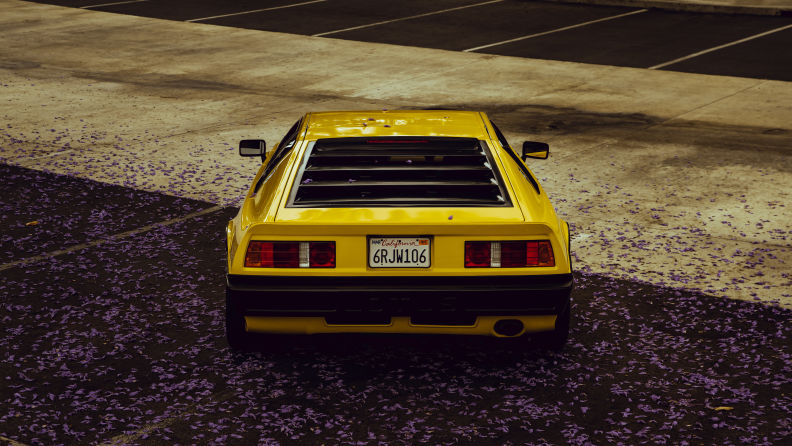 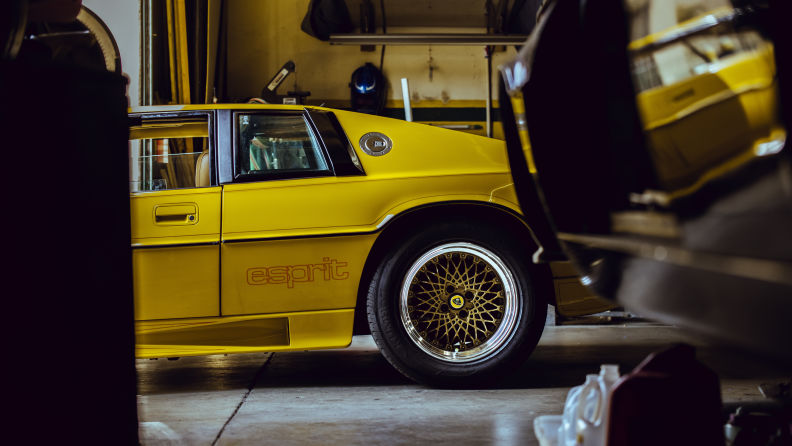 “I have a lot of respect for people who work on different cars,” he says. “How could you memorize everything that goes everywhere on a car if you’re working on all different kinds of cars? I have the luxury of working just on Lotus, which means I’m worthless when it comes to other cars — but if you gave me a box full of parts that used to be an Esprit, I could pick every nut and bolt out of it, and know exactly where it goes.”

This narrow focus applies even within the Lotus world: don’t ask Jason about Toyota-engined Lotuses that came on the streets in the late 1990s. Jason is perfectly at home with Elans, Europas, and Cortinas, and he’s more than willing to dive into your Elite, Éclat, or Excel, but those Elise, Evora, and Exige models just never found their way into his shop, the upshot being that he never built a base of knowledge around them and now refers inquiries about them to other Lotus shops.

Jason came to this cloistered corner of the car world the old-fashioned way: he was born into it. By the time Jason was a young child, his father, Detlef, had crewed on a racing team in Venezuela, built fiberglass kit car bodies at FiberFab, and — when he wasn’t putting food on the table as an architect designing mobile homes — raced his Lotus in the 1970s on the famed quarter-mile of Lion’s Drag Strip near the harbors of Los Angeles and Long Beach. 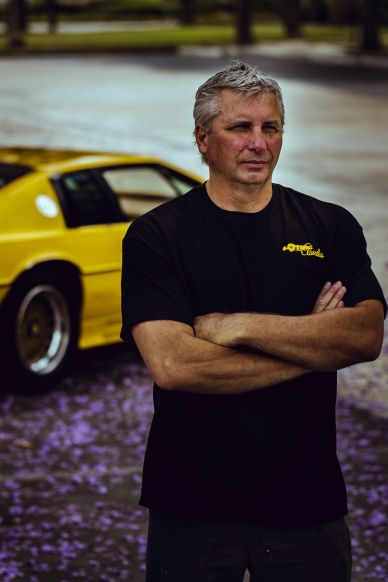 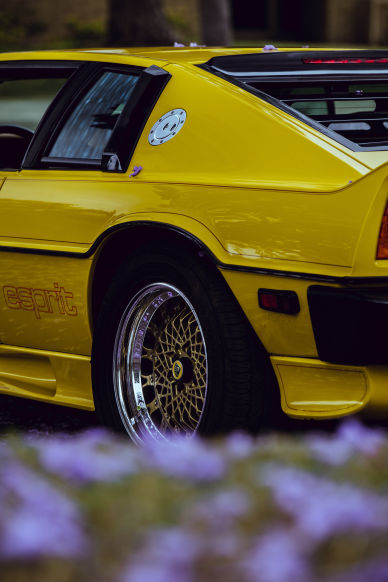 Along the way, Detleft built himself a side hustle working on his Lotus Club friends’ Elans, Europas, and Cortinas. Detlef certainly preferred wrenching on these little British sports cars to building mobile homes and, eventually, he realized he could make a living at it. And so, after earning his certification at the Lotus School in England, he opened his shop, Lotus Prepared by Claudius (Lotus PBC) in 1971. Now in his eighties, Detlef spends his days much as he spent them back in the 1970s: maintaining, restoring, and reinvigorating other people’s Lotus in his Cerritos, Calif., shop.

“By the vast majority, the cars in the shop at any given time are going to be Esprits,” says Jason. “In '77, my father sold his Europa and bought the yellow Esprit that he still owns today. He spent a lot of time modifying and improving his own Esprit, so that’s what he ended up working on most. We still work on Elans and Europas, but even when I was a kid, Esprits always seemed to be our biggest source of business.” 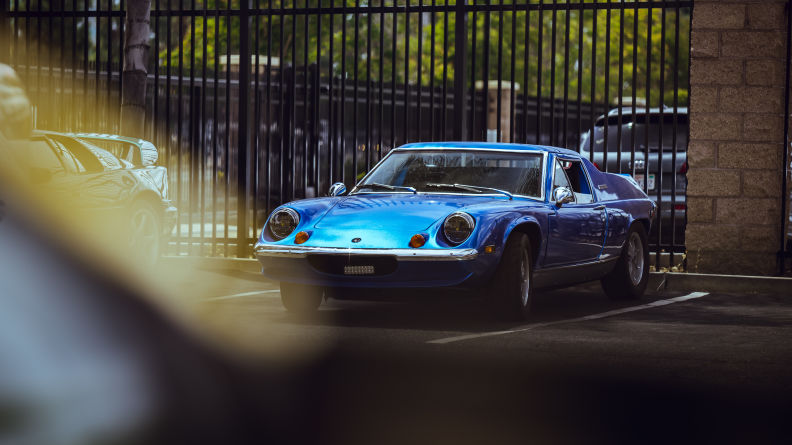 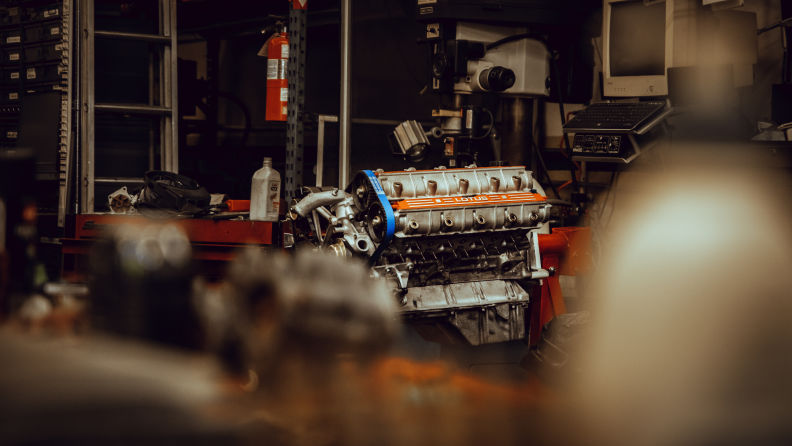 Detlef and Jason owe their stock-in-trade, of course, to one Colin Chapman, the single-minded British pilot and engineer who created Lotus, Britain’s only new postwar marque, in 1948, and who, as much as anyone, transformed Great Britain from a racing backwater to a respected name in international motorsports. Between 1961 and 1978, Team Lotus won seven Formula One Constructors’ Championships, Six Drivers’ Championships, and seventy-four Grand Prix races. By the time Chapman died in 1982, Lotus’s place in motorsports’ pantheon was secure. Along the way, Chapman had also created a line of road cars similarly inspired by his ethos of “simplify, then add lightness.”

Which is not to say that those early Lotus — and especially the Esprits that undergird Jason’s and Detlef’s enthusiasm — were not…quirky. “Those early Esprits, the S1s and S2s had electrical problems, motor mount problems, fuel system problems, rear suspension problems,” says Jason. “Right from the factory they had those issues, and that's when they were new. So now that they're 40-plus years old, what kind of shape are they in? I mean, even currently in the shop, I have one, two, three S1s here right now for full body-off restoration.”

As any car moves from “new” to “used,” it risks moving down the value chain of maintenance. Buying a Lotus was — and in many ways, still is — the cheap part. Fixing and maintaining them is another matter entirely, and not every wallet is up to the task. 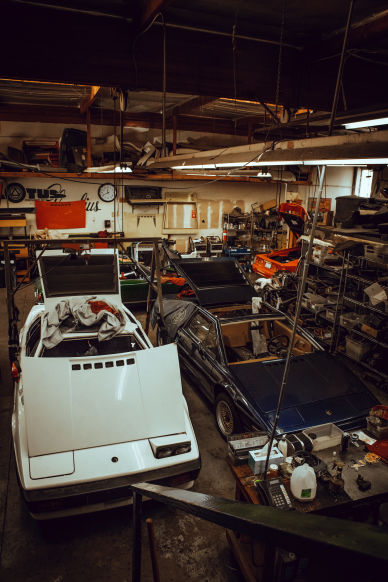 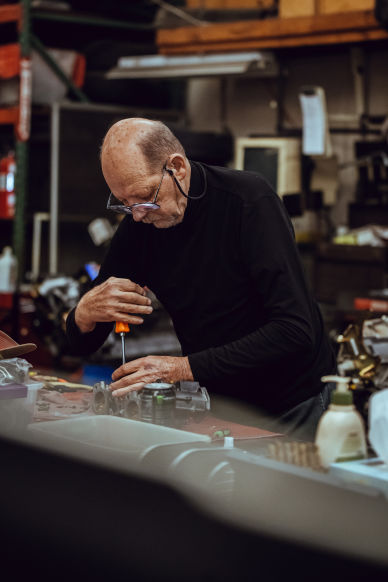 They eventually became so cheap, says Jason, “that the people who bought them really couldn't afford to maintain them properly, so they would get Mickey Moused together a lot. So when you talk about a first time buyer, they might think of an early Esprit as a good bargain, but the problem is, if it hasn't been maintained well, or if you actually want to drive it — and not just look at it in your garage — some of those inherent problems that were there from the factory need to be addressed. We have cures for all of them, but it doesn't come cheap or easy.”

Few things, it turns out, are as expensive as a cheap Lotus, and Jason spends much of his time sharing his passion for the brand by trying to educate would-be Lotus owners on what to look for in a car. Not surprisingly, he has opinions, and those opinions are tinged with insight that comes only from long experience. For example, what generation of Esprit should a buyer pursue?

As Jason sees it, “Lotus started to get it right with the Turbo Esprits in the eighties. They're old now, so it depends on how they were maintained, and whether they're in good shape, but when they came out of the factory, they were good cars.” 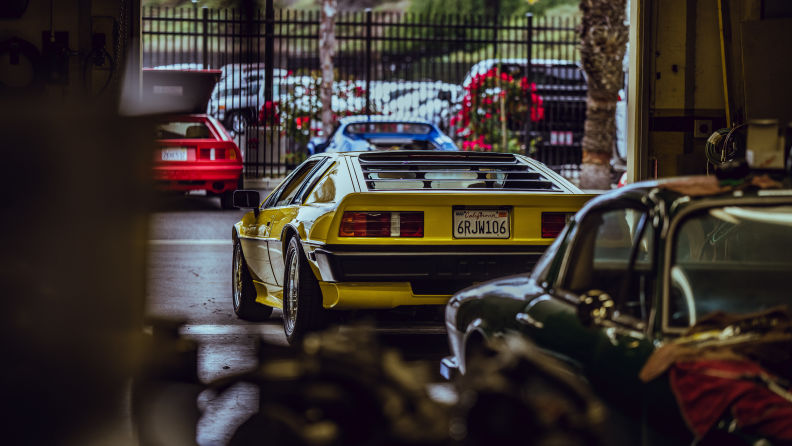 But should a buyer pursue a 4-cylinder Esprit, or one of the later V8 models?

“The 4-cylinder cars, of course, are just way easier to drive. They're lighter,” Jason says. “They have more of that ‘heart of Lotus’ with a lighter feel to them. The V8s feel heavier. Certainly they're torquier, certainly they have more power, but they have their own problems. Lotus underpowered the engine because the gearbox was weak. There’s an upgrade kit for the Renault gearbox, which changes out the whole primary shaft, and first, second, and fifth gear all get changed. Everything gets beefed up. It gets a limited slip differential. I’m rebuilding a V8 now and I’m upping the power, but I’m also rebuilding the gearbox with this kit, otherwise the owner is going to end up breaking the gearbox with this extra power.”

The mechanics, however, are the easy part, says Jason. Not cheap, mind you, but definitely less expensive than the car’s cosmetics. “Paint and interior can be a nightmare,” says Jason. “We can rebuild an engine — and I mean the whole shebang, new pistons and everything — for $12,000, but paint and interior can easily set you back $15,000-$20,000.”

Which brings us back to those cows. In a loft workspace overlooking the Lotus PBC shop, Detleft has his sewing machine, where he can remake an entire Esprit interior. There is also a 3D printer and a vacuform machine machine nearby, capable of producing all manner of hard-to-find Esprit pieces. So yes, Jason and Detleft can repair, find, or make pretty much anything an Esprit owner would ever need. But why do — or, more to the point, pay Jason to do — more than you have to? 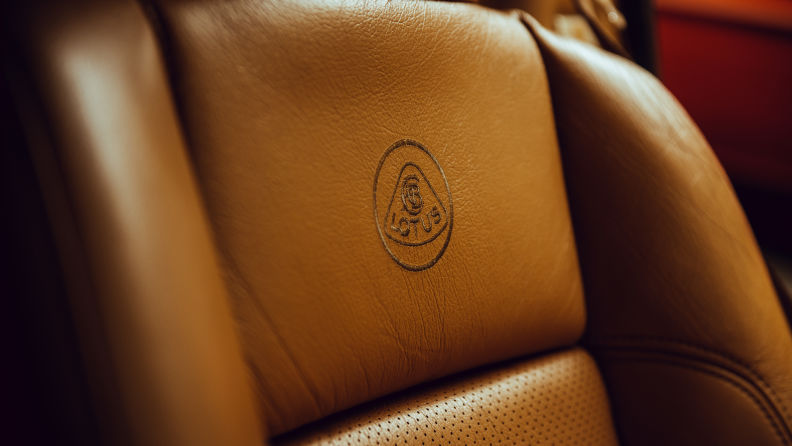 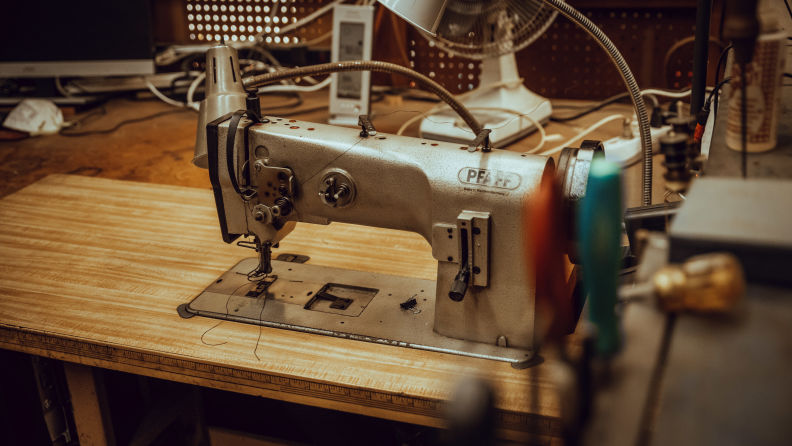 “You're better off paying a little bit more on the purchase price,” says Jason, “because the cost to make some of the things right is going to be way more than that extra money in the purchase price. Let's say you could find one of those early 1980s, carbureted turbos for somewhere in the low $20,000 range. You're probably better off with a car that you're going to buy for $28,000, or even $32,000 because the cost to make that $21,000 car right could easily set you back another $40,000. But even if you do have to rehab that “cheap” Lotus, Jason advises against despair.

“I have a guy from Louisiana who bought an '84 Turbo Esprit sight unseen from an auction, and had it shipped directly here. We knew right away that the engine needed to be rebuilt, the exhaust system needed to be redone, it needed some suspension work and a couple other things. And then when he came down to look at it, he realized it needed a paint job, too. Right now he's approaching $60,000 of investment in the car. But in the end, even if he ends up paying more than he intended, he's going to open it up at a show and be proud of it. What else can you buy nowadays for $60,000 that'll give you that kind of joy?”

And shouldn’t he know? This is, after all, the guy who has devoted his life to knowing every last thing about Esprits, right down to the very last cow. 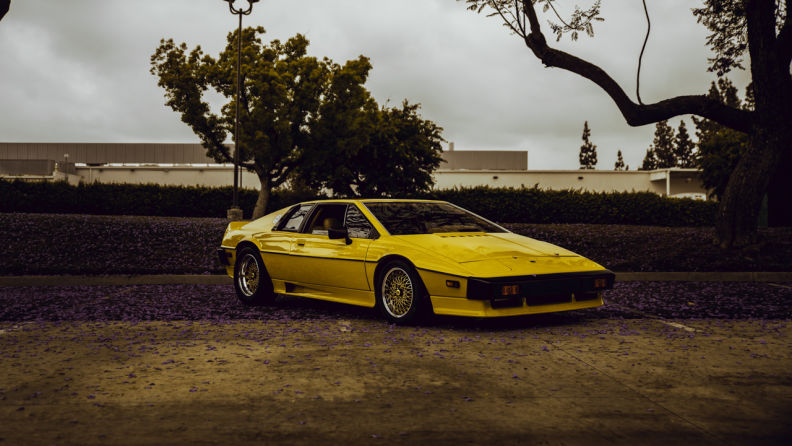 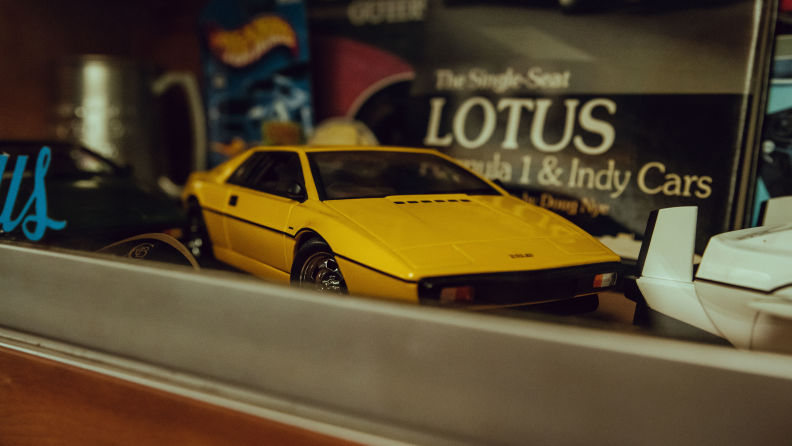 More about Lotus Prepared by Claudius:

You can find out more about Lotus Prepared by Claudius by following them on Instagram (@espritfreak) and checking out their website.

Yet again, the Rare Shades experience was Paint to Sample Porsche heaven 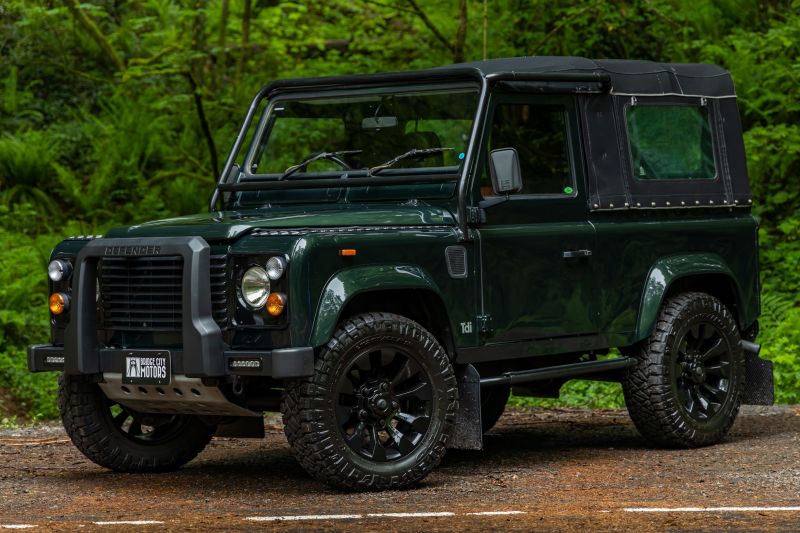 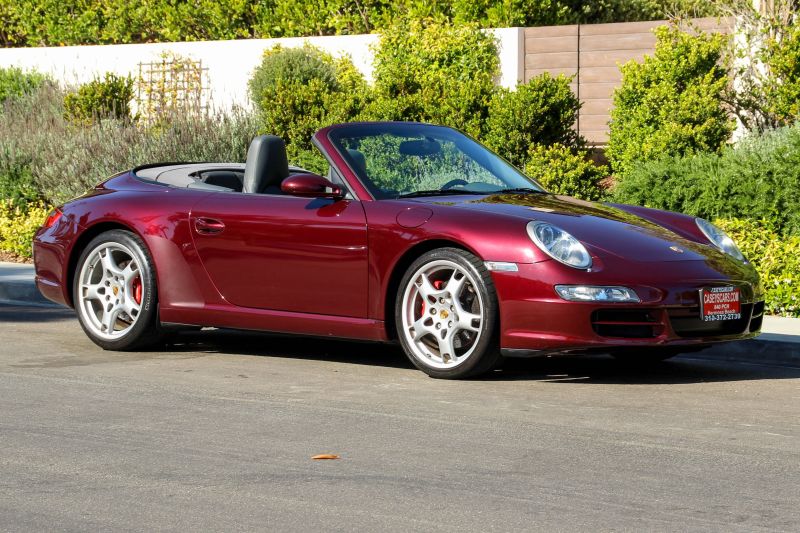 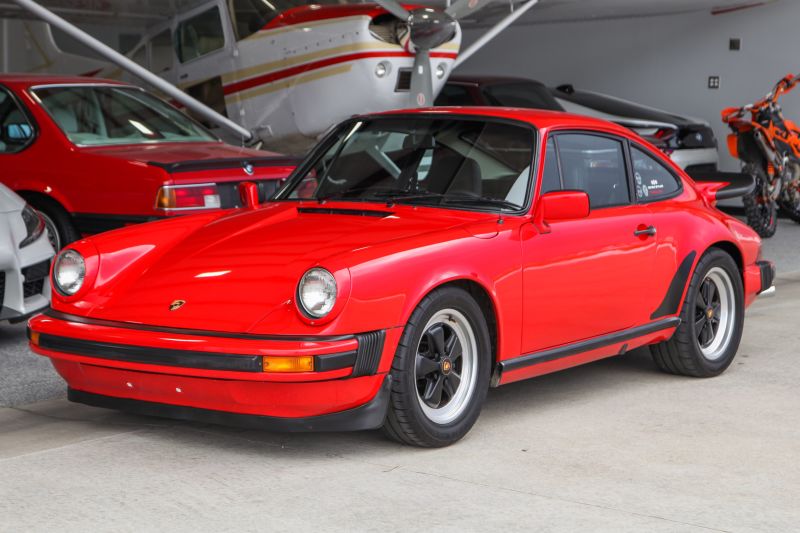